Back to Gun Control – Now

I have to admit that I feel a bit intimidated writing this post. The truth is that I started to write it shortly after the Sandy Hook Elementary School. My blog posts on gun control have elicited the most virulent responses, primarily from people who didn’t even bother to read the posts.

But, as I watched the tragedy unfold on twitter, those who immediately ran to man the barricades shocked me. Most of us were just trying to glean information, to come to terms with what I hope we all see as a pointless and heart-wrenching tragedy. 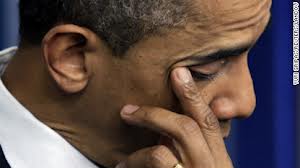 My first response to these tweets was that this was not the time: not for those who were inevitably going to call for gun control or those who would defend it. So I held off. In reality, I didn’t feel I could write something rational then either.

I am proud that there are NRA members who, while they disagreed with my previous posts, respected that I was not taking an extremist stand, and joined the debate. These are the rational members of the NRA and they have a voice that the rest of us need to empower so that others will allow them to be heard.

But we need to have the debate and it cannot be held under the shadow of a tragedy. In the same vein, we need to establish parameters for the debate. There are a number of points I wish to make:

1. Historically, the NRA was governed by brave leaders who saw a need for gun control and took the initiative to ensure their members were well represented in policy decisions. As such, they were often a rational and productive voice from within the organization. We need brave leaders in the NRA today.

2. I recognize the inherent need that many men and women feels to be able to defend themselves and their families. I believe this can be recognized and, as such, relieve much of the anxiety around gun control debates.

3. This debate should focus on automatic firearms (a weapon that will continue to fire bullets as long as the trigger is pressed and there is ammunition in the magazine). It would allay the fears of people who feel the need for a weapon in their house.

There is room to prevent a person holding a gun that can deliver the carnage we saw in the last few tragedies. It is a beginning and part of a controllable process.

Let’s not wait for the next tragedy to debate whether we should debate gun control. Let’s do it now and come to the table in an environment of listening and willingness to compromise.

2 thoughts on “Back to Gun Control – Now”