How I Spent My Winter Vacation – Tom Rossi

Like we do every other year, my wife and I spent this Christmas in Denmark with that part of her family. We actually had a “white” Christmas, with a nice new layer of snow, which is actually getting more and more rare as Scandinavia gradually heats up. But this year was really special for me…

because I caught the flu.

I haven’t had a flu in many years, at least not with recognizable symptoms. I never get a flu shot, as I am egomaniacally confident in my immune system, but this year things seemed to break down. And wow, was I miserable. I didn’t really get a fever, I haven’t really had one since 1985, but I got everything else – the aching, the nausea, the pain in my gut, the stuffed up head, the sneezing, the coughing, the whining… well, you get the point.

I also got something I hadn’t felt in a few years – the feeling of almost complete helplessness and dependence on others to take care of me. I think that’s what hurt the most. But in the midst of lying in bed, feeling oh, so sorry for myself, I all of a sudden realized what a wimp I was.

For almost ten years now, our nation has experienced, sadly, a steady flow of wounded soldiers who have returned from Iraq, Afghanistan, and a few other places. Some of these soldiers (I try not to use the PR-firm-generated term – “troops”) have had arms and/or legs blown off in explosions. Some have taken bullets or shrapnel to the head. And some have (possibly in addition to physical ailments) had their minds so thoroughly invaded by the hell of war that they can’t sleep at night, can’t hold a job, and in some cases, can hardly relate to other human beings anymore, including their own families.

As someone who has suffered a major brain trauma, himself, I’m just as sympathetic to that last group as the ones listed prior. But all of these pains make my whining about a little tummy ache seem truly pathetic. That thought actually made me get up and start eating, again, in hopes that my stomach would feel better with half a dinner roll with some peanut butter on it.

I am incredibly pissed off, at every level and for every reason,  with the Cheney/Bush administration, with Donald Rumsfeld, and, to a SLIGHTLY lesser degree with President Obama for sending our men and women into this ridiculous collection of wars. The people in our military volunteered to protect our country from real threats, and they were turned into underpaid mercenaries.

However, in this new year (as if it were any different) I will keep in mind that our soldiers were not responsible for the poor decisions and con-artistry that sent them into hell on earth. Nor are they responsible for the continued brain-washing they receive from the military about all the good they are doing over there.

But I want to make it clear as daylight that I don’t want to criticize the enlisted members of our military. My contempt rests squarely with the top dogs – the commanders in chief, secretaries of defense, and generals responsible for these con jobs we call wars. 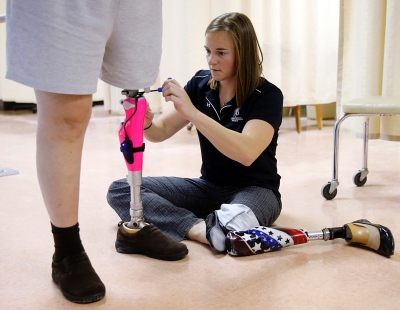 I will never look with disdain upon any current or former member of our armed services, even if he or she buys into the lies that got many of his or her comrades-in-arms killed. I’ve been conned, too, in the past. These people volunteered to protect our country, even if very harsh conditions were to arise. They followed their orders. They trusted the chain of command. These are all honorable things.

Let’s make sure we blame those who deserve blame. And take good care of those who trusted them… and got burned.