Bob Geldof is/was a hero of mine. It is not often that Her Majesty knights a punk rocker who freely swore on TV (when it was not okay to do so), who wore his heart on his sleeve, called it as he saw it, and never flinched from courting controversy. 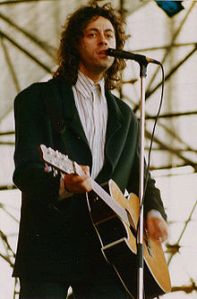 The Boomtown Rats were my favorite band in the late ’70’s and early ’80’s. One hot English summer, the youth were incarcerated by the sound of John Travolta and Olivia Newton-John crooning Summer Nights at each other every night at 5.50pm as they stood at No. 1 in Capital Radio’s daily Top Ten. And then there was Rat Trap, crawling up the charts and it was, I believe, on a Thursday that Rat Trap reached No. 2.

London held its collective breath (wildly embellished from a then 14-year-old’s memory) and that Friday, Capital Radio boasted record listening statistics as at 5.45pm, whatever song had reached No. 3 finished and whoever had obliviously booked that advertisement slot months before enjoyed unexpected exposure. 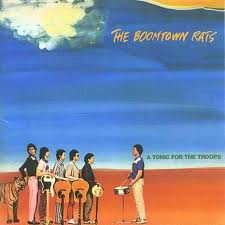 Then the DJ announced: “After six Weeks at No.1, their reign is over.” London (well, at least me and my mates) cheered even if we couldn’t text each other or update our Facebook statuses. Five minutes later, the Boomtown Rats had arrived.

But it takes more than displacing John Travolta to earn a knighthood. Even the most stodgy Brits nodded in approval as six years later Bob Geldof galvanized the music world with the Live Aid concerts.

For the next 25 years, Geldof has led the activist charge to relieve the massive debt in Africa. He has never shied from controversy or let politics get in his way. When George Bush publicly stated he was willing to fight AIDS in Africa, Geldof embraced him.

Bob Geldof is not a model of chivalry or the kind of gentleman that one conjures up an image of a Knight Commander of the Order of the British Empire, on his knee, head bowed as Her Majesty nobly swings her sword. In the music world of cheap commercial popularism, he never embraced the grovelling need for marketable acceptance. 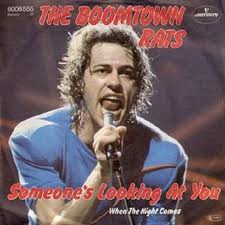 But Bob Geldof is a relentless activist, a showbiz man who kept it real, and kept it real for many others in the celebrity world and on the street. So what if he used profanity on T.V. in the middle of the Band Aid concerts, it shamed people into reaching into their wallets and answering the call of a desperate nation.

Bob Geldof has saved millions of lives. He has often single-handedly led a charge for a desperate and forgotten part of our world. He has woken many of us up and released us from our own Rat Trap …