The Right to Respond pt. 2

Yesterday, I mentioned the controversy surrounding a negative book review given by a blogger and the reaction of the author, which kicked up a lot of dirt on the Information Highway.

A good friend of mine,  author Lloyd Lofthouse, has an interesting personal story that touches on this. When he received a bad review from a religious critic who didn’t like the sexual connotations in his first novel, My Splendid Concubine, it made Lloyd reflect on what his Catholic mother would have said. You can read his five short posts here – My Mother Would Have Burned My Book. 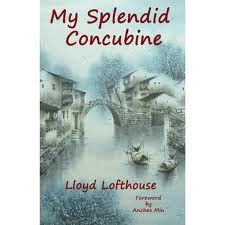 I found this fascinating, how we can all live together but in such different worlds. My mother-in-law helped to edit Unwanted Heroes (currently in the 1/4 finals of the Amazon Breakthrough Novel Awards) and actually worked on a sexual explicit chapter while she and I sat opposite each other in a coffee shop. Let the record show that the cool, sophisticated one at the coffee table was not the uptight, British author!
——————————————————————————————————