Archive for the tag “yogadork”

So there is a conflict across the aisles. No not the democrats and republicans, not the dictators and the people in the Middle East, but the yoga teachers.

Is yoga still yoga as we know it in a 21st Century marketing package? Lizette Alvarez writes in the New York Times that there is a populist leader taking yoga to the streets and stirring up the yoga masses. Actually, I suspect she is stirring up more responses from the traditional, more conservative yoga authorities.

“Tara Stiles does not talk about sacred Hindu texts, personal intentions or chakras. She does not ask her yoga classes to chant. Her language is plainly Main Street: chaturangas are push-ups, the “sacrum” the lower back. She dismisses the ubiquitous yoga teacher-training certificates as rubber stamps, preferring to observe job candidates in action.”

No wonder those in the higher yoga echelons are feeling threatened! When is yoga not yoga? Where do you cross the line from an intentional way of life to a straight-forward workout?

“Critics abound. Jennilyn Carson, the blogger known as Yogadork, cites “deep practitioners who feel it is a disrespect to what the practice is” for Ms. Stiles to pitch yoga as another quickie weight-loss regimen. “It’s not a few minutes a day, it’s not fitness, it’s a lifestyle,” Ms. Carson said.”

Is yoga being turned on its head? 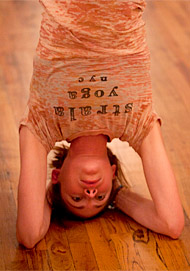 Allow me to share my credentials. I have practiced yoga for more than a dozen… well I’ve participated in a yoga session maybe a dozen times. But my family owns more yoga mats and DVDs than we own cars. Both my sons, care of the Berkeley education system, have learned yoga.

But seriously, I have practiced Tai Chi for nearly twenty years. I taught classes in Israel and believe deeply in Tai Chi – as an exercise and a way of life.

One of the biggest challenges in any such program that purports to be more than just exercise, is finding the right teacher. I loved my first Tai Chi teacher. I was engrossed as we learned the Tai Chi form and I was engrossed when we sat and listened to him talk. I was shattered when I discovered that he didn’t actually walk the walk in his everyday life.

It is the same with dictators and democratic leaders. We put our trust in them, that they will fulfill what they claim to stand for, that they will stay loyal to the fundamentals of whatever ideology propelled them to that position. 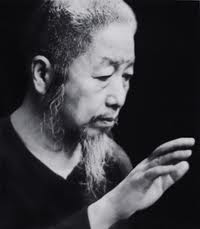 Yoga, Tai Chi, democracy, benevolent dictatorship – it is about the people who step up and how they conduct themselves. In Hebrew there is a word – kavvanah – intention. It is a concept far stronger than any form of spiritual or political framework.

Perhaps America would be a better place if its elected leaders were required to practice yoga or Tai Chi. Perhaps less leaders would fall afoul of the law, Maybe taking deep breathes before standing in front of a microphone could save lives.