Archive for the tag “worship”

This afternoon I received an interesting email from a friend that contained a PowerPoint presentation showing facts about the world. It proportionally represented the entire population on Earth as if we were only a village containing one hundred people. It made the numbers more comprehensible. 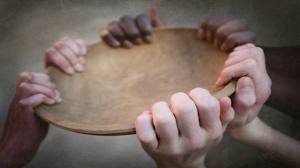 Let’s do something similar and bring the facts even closer to home by making the world our Facebook page. I’d like you to imagine that the only people in existence are also your Facebook friends. The average user has 130 friends. You may have more, or less, but let’s represent the entire human race relative to the average Facebook user. We have demographically shrunk the world proportionally.

5)      While worshipping their God, 60 of your friends live in fear of assault or death.

13)   Only one of your friends has a college degree.

15)   If you have clothes on your back, sleep with a roof over your head and have food in the fridge, you live better than 98 of your friends.

Proportionally shrinking the entire population down to the size of the average Facebook user’s friendship-reach, did make it easier for me to rationalize the true state of the world. It was a good mental exercise.

I’m fortunate and should be more thankful. 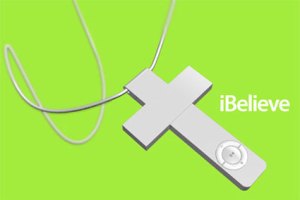 A group of neuroscientists has scanned the brains of Apple maniacs and found that their brains react to the sight of an ipod or an ipad the same way the brains of devout Christians react to images of Jesus on the cross. I call it “iReligion 3.12” because it’s been around for quite a while, though until now undiscovered by science.

This has been pretty obvious for a long time. Ever try to tell an Apple person that an Apple product is not so easy to use or is flawed in any tiny way, whatsoever? Better bring your boxing gloves.

I think that you can extend this definition of a religion much more broadly that just to Apple-maniacs. I think the same reasoning (or lack thereof) excretes a species I will call “brand-o-philes” into the world. Brand-o-philes are people who worship a brand name, like Nike or Adidas, or even a team, like the Cowboys or the Lakers. As I have said in a previous post, these are the elements of fake individuality. 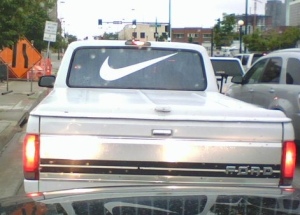 But many people go way beyond trying to look cool. They believe so thoroughly in this fake individuality that they convince themselves that this is a form of expression, when it’s not expressing anything but the almost random choice of who or what to follow like a sheep.

But they will defend their brands furiously – sometimes even willing to get into fist-fights over which team is “better”, even if neither team has won a game in the past month.

And of course I am not innocent in all this. I have proudly worn my Boston Bruins, pro-weight hockey jersey to many a hockey game, emblazoned with the name of one of my all-time favorite players, Ray Bourque, #77. But I draw the line at advertising. I’ve even gone as far as to blacken out logos on clothes or hats because I refuse to advertise for free. Hell, some companies I wouldn’t advertise if they paid me! 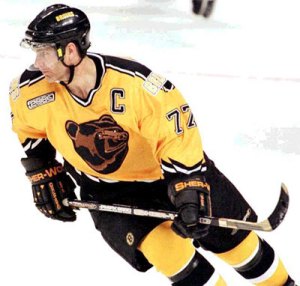 Here is a list of our country’s top religions:

What it all adds up to is that we worship coolness and we worship image. We want to look and seem cool, but we also want to FEEL cool. We want to become the “Third Person Singular” as Don DeLillo coined in his novel, Americana. What Delillo meant was not the pronoun we were taught in English class (he, she, it) but the “sublime other” – whose image we long to inhabit. “To consume in America is not to buy; it is to dream.”

And there we are – lost sheep, dreaming and pretending that we are or will be the eagles soaring overhead.