Archive for the tag “Whole Foods”

The Power of the Internet – SignUp

I am intrigued with the potential of the Internet to mobilize grassroots activism. My novel, The Accidental Activist, is a fictitious account of the McDonald’s libel trial in England in the 1990’s. The role of McSpotlight.org, the first interactive advocacy website, was integral in enabling two young activists to negotiate the maze of the British libel laws and take on one of the most famous law companies in the UK. 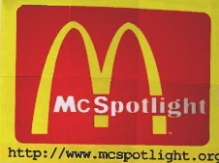 Twitter and Facebook were central tools utilized in the Arab Spring and China is putting considerable resources into controlling the Internet, at least within its borders. Shi Tzu, a journalist, found this out and languishes in jail.

Today, I walked past a few young people standing at the main thoroughfare at San Francisco State University, canvassing people to sign a petition supporting an environmental initiative. It was cold and I felt sorry for them. Despite their enthusiasm. students passed them by. I am sure it was not the issues, rather the desire to escape the cold and make it on time to class.

I thought there must be a better way to do it. Guess what? Apparently there is. Allow me to introduce you to SignOn.org. This is a new initiative that came to my attention when I wrote about Whole Foods and one of their (previous) Muslim employees.

The goal is to allow busy people to create and promote a petition. Though sponsored by the (thought of) left-wing organization Move On, the service is for any citizen to create a petition.

I want to applaud MoveOn for this initiative. It is efficient, time-saving and reaching people where they have discretionary time – on-line rather than on the street. Of course, there is always the loss of the human interaction as with all social media, but in terms of practicality and effectiveness, it seems like a great service. 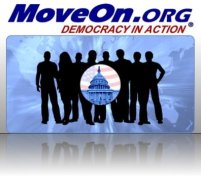 And the fact that SignUp can be used by those with political views that do not fall in line with the MoveOn folks is also commendable. It elevates the core values of democracy and freedom of speech that we all talk about and forget often .

Now I don’t shop that often at Whole Foods on account of the higher prices (even if there is a better, healthier choice). In fact, I once won a $50 voucher and took my wife there on a very memorable date. How did it go? You remember the Willy Wonka story right?

There is a Whole Foods near a building full of dental specialists where my dentist sends me when even he can’t work his magic, and I often leave there numb, sore, in pain, and fall into the warm embrace of the Whole Food isles.

So you can imagine my shock to discover that a young man, who by all accounts was considered a rising star by his employers in a Philadelphia store, found himself fired…for being a Muslim.

Apparently, Glen Mack Jnr.’s supervisor ‘discovered’ that Glen was spending his  vacation, which had been approved months beforehand, making a pilgrimage to Mecca. His boss tried to withdraw the vacation time, purportedly telling Glen: “You can choose. It’s either your job or your religion,”

Glen took his vacation and when he returned, he found himself harassed, demoted, and finally his position was terminated a couple of months later. His position was demoted to part-time and he lost his benefits, including health care.  When he complained to Human Resources, he was apparently ridiculed and harrased when he went to pray, often besides the dumpsters. 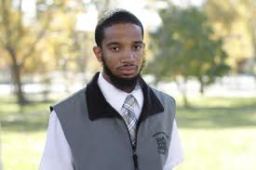 Glen did not mount a multimillion dollar law suit against Whole Foods. Apparently, he just wants his job back and this has won him the support of the effective, grassroots organization Change.org. If you click on the link, you will reach a petition calling for Glen’s reinstatement and the creation of a sensitivity training for management.

I went into the Whole Foods website  They have a page dedicated to the core values and have an impressive section entitled: We Support Team Excellence and Happiness. You can read it yourself, but it does give me hope that Whole Foods, who has unquestionable quality in its products, might just have a bad apple or two in its Philadelphia staff.

When asked why HR ignored his request for help, Glen doesn’t trash the company. He thinks that given Whole Foods’ high values, they just couldn’t conceive that such behavior could be happening in their stores.

If this is the case, Whole Foods management will take action fast and remedy the situation. If not, customers will find excellent alternative venues to buy their food. We like it organic, fresh and tolerant.

When Walmart Cares About Our Health More Than The FDA 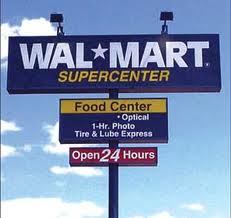 Michael Jacobson’s article in the New York Times caught my eye. The FDA Should Be Bolder Than Walmart tells how Walmart is using its muscle to help accelerate a number of changes including:

– forcing their retailers and distributors to do the same,

– supporting the fight against childhood obesity by insisting on the removal of trans fats from products that they sell. Though this isn’t a stated claim, they are probably helping cut cardiovascular diseases as well.

– insisting that their suppliers across the board cut sodium levels significantly.

Jacobson says that”Wal-Mart’s plan to lower produce prices (modestly) should increase consumption and (modestly) lower the risk of heart disease and generally improve health. All told, Wal-Mart will be saving thousands of lives, something it should be very proud of.”

The First Lady agrees and has openly complimented Walmart. What would be great, as Jacobson says, would be for the First Lady to put her influence behind pushing the FDA to lead the war, instead of following behind everyone … from quite a distance.

Now before anyone wonders whether the author of The Accidental Activist (an anti-multinational corporation novel) is getting soft, let me leave you with this. 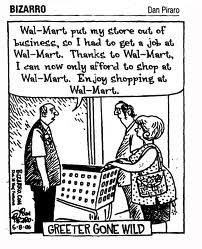 Rewind: Spring 2009 and two seniors at Cal were sitting in a lecture for their business ethics course. Both had offers from Corporate America in investment banking and consulting. In this lecture they heard that 7 million tons of coffee are produced around the world. With only 1% ending up in the cup, the rest is destined for the landfill. What a waste. 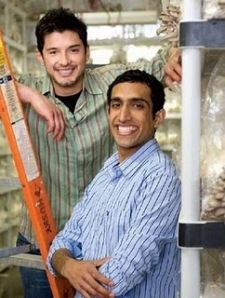 Somewhere in that lecture Nikhil Arora and Alex Velez also learned that gourmet mushrooms can be grown on recycled coffee grounds. They mused over the possibility of diverting this waste stream into producing gourmet mushrooms, and started to learn how to actually grow mushrooms from coffee grounds. As business majors they wanted to explore if this idea could work as the basis of a full scale social venture.

Arora and Velez cruised the Berkeley coffee store and cafes collecting their used coffee grounds. Out of the first 10 buckets in which they planted, mushrooms only grew in one. They took that batch to the local Berkeley Whole Foods, and received enough positive feedback to create a plan. They submitted their business proposal to “Bears Breaking Boundaries,” an entrepreneurial competition sponsored by the UC Berkeley Chancellor and received $5,000 seed (or should I say plug) money.

The two grow gourmet pearl-oyster mushrooms on coffee grounds, and sell kits to consumers who are inspired to try for themselves.

After graduation, their business, Back to the Roots, was born and their mushrooms are found on the shelves of Whole Foods. But this is not just about business or the initiative of a couple of smart students (though this is pretty awesome) , their business is an example of sustainability and social responsibility. Best of all is their utilization of a large waste stream to produce something nutritional and valuable. Even the rich soil that is a by product of their production line is donated to community gardens, local nurseries and urban farms – a growing phenomenon in Berkeley.

Then they took the principle one step further. “Starting off as purely an urban mushroom farm, Back to the Roots has recently transformed into an organization dedicated to letting everyone grow their own fresh food right at home…as local as it gets! Our vision is to serve as a standard bearer for innovation and responsibility in our community and inspire others to work towards a more sustainable future. We’re doing this first through our Easy-to-Grow Mushroom Garden.

These mushroom-growing kits that we sell on our website are packaged in post-consumer cardboard and printed with soy ink, an environmentally better alternative. The kits arrive in the mail ready to grow: we wanted to create a sustainable product that is easy and simple, so everyone can enjoy growing and eating fresh mushrooms (including kids…who love watching them grow so fast!). The Easy-to-Grow Mushroom Gardens yield multiple crops, and you get up to one pound of delicious pearl-oyster mushrooms in as little as 10 days from your first crop. The soil inside is safe and sustainable too – 100% recycled coffee grounds! And while you may be worrying that the mushrooms taste like coffee, plenty of chefs, like Alice Waters of Chez Panisse, can attest to their authentic nutty flavor.”

The box arrives through the post and the mushrooms are ready to grow … right out of the box. They even donate 5% of sales to breast cancer research and a further 5% of all sales to support local breast cancer awareness organizations – co-founder, Alex, fought through cancer in high school – and educating the community on the great health benefits of oyster mushrooms.”

Finally, this is really cool: