Archive for the tag “vegetables”

Have you seen or read the weather reports coming from America’s heart land? Heat and lack of rain are playing havoc with the crops. The prices for corn, soybean and wheat have jumped over the past two days (5.5%, 3.6% and 3.1% respectively). This may seem like a small increase but when you consider that 70% of everything we consume uses these three commodities in some way, it is a significant jump. Hot, dry weather is expected to stay with the nation’s breadbasket for awhile which may further impact crop yields and prices.

To those who understand our so-called modern food system, it’s obvious that we, the consuming public, have lost control of the basic necessities we need to sustain ourselves. The enticement of farm subsidies has created a corporate rush to drive out traditional local farmers. We now have consolidated and centralized mega-farms all practicing similar techniques. This lack of diversity exacerbates weather related events leaving the public at risk (food shortages and high prices). In addition, food prices are no longer solely established by supply and demand. Since deregulation under the Bush administration #2, it is now legal to speculate on food commodities in ways similar to stocks, hedge funds and oil which further drives the price of food. Yes, Wall Street is now gambling on our food. Lastly, corporatized or industrial farming is fossil fuel intensive so food prices are tied to oil and natural gas.

So how do we take back control of our food? This is really an economic and marketing question. We need to develop a substitute food system with value that will motivate consumers to switch.

It just so happens that an alternate food system does exist and has been successfully implemented in an American country very close to our border. Cuba had a farming system similar to the US, Europe and other industrialized nations but they relied on imports from the Soviet Union for oil-based pesticides, natural gas based fertilizers and diesel for transportation of goods from farm to city. When the Soviet Union collapsed in 1989, Cuba’s supply of fuel and fossil-derived chemicals dwindled to near extinction. Fortunately for the Cuban people, their government saw what was coming and developed a smart strategy to replace industrialized chemical farming. They rolled out a farming system based on biological fertilizers, biological/cultural pest control and implemented it right in the cities. Essentially, they created organic urban farming out of necessity. Here are a few amazing statistics and other information:

3)       Food production is local so transportation is eliminated, food is fresh and harvested when ripe and not chemically gassed to ripen as with industrialized farming.

4)       Diets and health of the Cuban population improved, food is nutrient rich and free from toxic petrochemical pesticides and fertilizers.

5)       Urban farmers earn more than government workers and are as respected as doctors.

By duplicating something similar to the Cuban urban farming method we can take local ownership of our food, create jobs and enjoy healthier, tastier food. Just as important, we reduce the risk of shortages and high prices by decoupling food from the oil industry and speculative gambling by financial institutions. Urban agriculture is formed on multiple locations and managed by many small companies or sole proprietors. This creates additional diversity in produce and farming methods, thereby further improving food security.

Take a few minutes and really think about this organic local food system. It’s not a backward approach; it’s scientifically progressive with a thorough understanding of biology and how a living ecosystem really works. Imagine the positive benefits this would bring to your community: healthy food growing in every available space, people working and food secure, produce businesses or co-ops within walking distance for most everyone, a thriving self-made community.

I have visited the farm of the future, it was a mind-blowing experience. Shockingly wonderful, this place presented a roadmap of what could be and gave me a sense of relief and hope that a healthy, happy and properly nourished community was possible in a peak-oil economy. 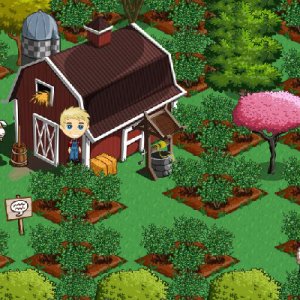 Like many of the out-of-towners visiting the farm’s Produce Bazaar, I was mesmerized by the sheer variety of fruits and vegetables. There were forty-nine different types of tomatoes—I’ve never tried more than five varieties in my whole life!

The bazaar had question after question popping from my mouth. Again, the choices and coordination of the place were astonishing. Finally, the lead attendant at the info center, probably out of frustration, sent a text message to the farm’s operations manager asking if he could rescue her from the interrogation. He, Joe, would end up spending the next four hours with me—he was rightfully proud of the farm and enjoyed explaining the inner workings of the operation.

Here’s the amazing part; the farm is a co-operative enterprise of over 500 micro-farms, all within a single metropolitan area and all located within three miles of one another. This is an urban farm co-op organized around community gardens, commons, business rooftops, balconies and warehouses but most of the produce comes from residential farms (converted lawns).

The micro-farms sell and barter their goods seven days a week, all year long, at a nearby land commons that is the home of the Produce Bazaar. It resembles a typical farmers market but is much larger and centrally organized by a command and info center. The bazaar is set up much like a wagon wheel with the command and info center serving as the hub.

The co-op organizes and markets using social media. Twitter and Facebook pages give a daily update on which farms will be at the bazaar and what produce will be available. As the micro-farms check in with the bazaar’s command center in the morning, they are assigned a location and their produce is listed on the website. A map of the bazaar is actively updated minute by minute showing produce type and where it is located and all this info is tweeted to interested followers. Phone apps are available so you can create a shopping list and a map of the bazaar is generated showing you where to go to pick up or view your produce of interest. The apps can be used to forward your shopping list to the command center and a runner will pick up the goods and have it ready when you arrive—for a small fee. The farmers also use social media to send and receive customer info, such as, how a particular crop is progressing, when it should be available and also to ask what produce customers would like planted in the future.

Approximately 90% of the produce is organic. Synthetic fertilizer is only allowed in closed-looped farming systems, such as, hydroponic operations. This is allowed because balcony and rooftop farms are best suited for hydroponics. Any product that is grown using synthetic fertilized is labeled as non-organic. Absolutely no synthetic pesticides are allowed.

With so many participants, food is abundant and the variety is unlike any market anywhere. The produce is also inexpensive because most of it comes from converted residential lawns. The former lawns cost the homeowners money to water, mow and fertilize and there was no financial payback. Now the residential land grows edible crops so money is made from sales and the expenses are used to lower the tax burden because the farm is a business.

The co-op had a profound impact. Past becomes future as neighbors talk, farm and socialize making the neighborhood more safe. Participants have an additional source of income. The social media aspect engages all age groups so even the youth want to be involved, and the extra activity along with improved nutrition has produced a healthier community. The farming is local, not based on fossil fuel derived fertilizers and pesticides so the whole operation is environmentally sound.

Every movement begins with a single step toward tomorrow. Their community could be yours, and mine, if we take that step together.