Archive for the tag “U.S. Chamber of Commerce”

As a former C-level executive of a famous semiconductor capital equipment enterprise, I’m often asked why I speak so negatively about the free market and public companies. In truth, I believe capitalism and investment into business by the public are fantastic ideas. However, I despise large corporations and Wall Street for collaborating to redefine the Constitution, undo worker’s rights, shift tax burdens and influence the judicial branch of government.

The foundation for big business collaboration was laid in the early 1970s and has grown into a monstrous institution over the past 40 years. Any conservative, professional or free-market fighter who does not believe large corporations and Wall Street have conspired to gain total financial control is not a true student of business.

All one has to do is read the Powell Memorandum of 1971 to realize that the seeds of collaboration were planted by a “soon to be” Supreme Court Justice (appointed during the Nixon administration) and then nurtured by his friend at the U.S. Chamber of Commerce. It’s a great document. The memo defines the problem, identifies the enemies and suggests solutions. Unfortunately, the defined enemies were the Middleclass and their advocates. The Powell solutions gained traction under the corporate-friendly Reagan Administration and the downward economic spiral of the Middleclass began.

I’m not against business and I’m not against a free market. I’m against corporations conspiring to create great wealth at the expense of the Middleclass. I’m against Wall Street’s destructive and increasing single-minded focus that says monetary profit is the only measure of corporate success.

A return to shared prosperity is needed to recreate a healthy economy. We need an economy based on tangible products and services and not on speculation and not on financial transactions.

We need a Powell-esk agenda for the Middleclass and champion to nurture it.

Following on from yesterday’s post, I am struggling to understand how individuals have been denied the right to sue the state that they pay taxes to. It seems a gross obstruction to personal freedom.However, the Justice Department has backed the State of California agreeing that the individual cannot sue, while also admitting that Federal law clearly states that Medicaid rates be “sufficient to enlist enough providers.” In other words, there should be no discrimination of resources or access to treatment between the beneficiaries of Medicaid and everyone else in their state. Only what happens when that is precisely what is happening? 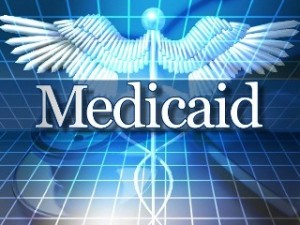 “California has been accepting more than $20 billion in federal Medicaid funds per year in exchange for its promise, among other things, to ensure that needy patients had access to health care,” Democratic chiefs wrote in their brief, “California has failed to adhere to its obligations.”

What they are fighting for is the right of the patient or the medical providers to challenge in court any violation of federal law. The response of the Justice Department is that federal health officials have “exclusive responsibility” to enforce the standards set and can punish a state by withholding Medicaid resources from any state found wanting.

The question is whether they would. One former federal health official told the Supreme Court that the DHHS was not able to enforce this stating it was “logistically, practically, legally and politically unfeasible.” The reason being that the DHHS does not have either the staff, money or political clout to do this.

“Judicial enforcement is the only viable means to remedy states’ noncompliance with the Medicaid Act,” the A.M.A. said. 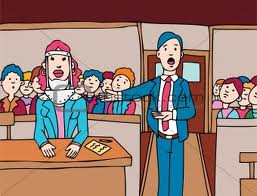 True protection can only come in the courts

In the true story behind my novel, The Accidental Activist, the British Government was ultimately found guilty of not protecting the citizen from a multinational corporation. In the US, the struggle is similar, except we are seeking protection from our own elected government and its agencies. The President, I feel, should understand this better than most.