Archive for the tag “Tunisian”

I have spent a while trying to decide what I want to write about these major upheavals. It would be easy to say that they are far away from our Left Coast by the Pacific and ignore what is happening. This never stopped me commenting on the Nobel Prize debacle and other political prisoners in December. But something is gnawing away inside and I am feeling threatened by what I see as a rise in extremist ideology. 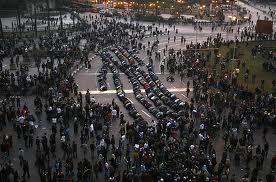 Let me begin by stating that I value my freedom and my democracy very highly. I have never lived in a country where this has been seriously challenged (though I did campaign against the rise of the British National Party – a fascist movement – back in the 70’s), but I would like to think that I would be out there on the streets, shouting, demonstrating and, well, blogging. 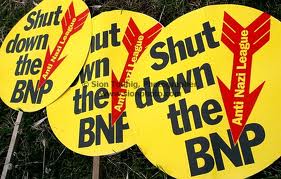 I have campaigned to free Jews from the Soviet Union, to bring down apartheid in South Africa, and to free Tibet from Chinese oppression.

But I feel equally threatened by extremists, whether from the left, the right, or from religious fundamentalists. If I value my freedom of choice and expression, I should be trying to stop the advance of such political movements.

But what happens when a nation supports an extremist ideology? What right do I have to prop up an equally or more oppressive regime? Do I even have a right to try to impose my democratic doctrines on another country?

The problem is that no country is an island, no ideology limited to a single country. When the Internet defined itself as a world-wide web, they meant world-wide. It doesn’t take much for an ideology to spread across continents. 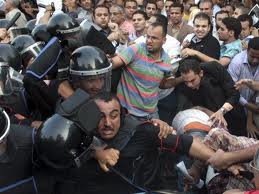 What is missing from public debate is what is the best environment to avoid extremism and violent change? When such symptoms as low education and poverty are prolific, there is an easy framework to influence or stir people to fight for vague hopes or instant solutions.

When revolution was spreading through Europe in the early 1800’s, journalist William Cobbett said: “I defy you to stir a man on a full stomach.”

I would add to that. Give a person an education, a meaningful job, and respect, and s/he will seek a middle path. We badly need more middle paths today and no one is discussing how to really create such an environment through education, health, professional skills, and sustainable infrastructures.