Archive for the tag “the right to drive”

This post has been inspired by some great news I received about someone imprisoned by his oppressive government. I can’t wait to share the news, but have been asked to wait.

Often you feel powerless when a government arrests a person seeking freedom, democracy, education for women (or even the right to drive). It might be a tribe or people denied clean water or medicine, or any one of a thousand values that we take for granted every day.

We throw up our arms and give in. We get burnt out and buried in the stress of our own lives. But what if we each took 20 minutes a week or a month and wrote a letter to a political prisoner. Would it work? 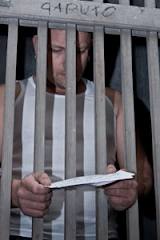 When I was a teenager, I lost my political virginity campaigning to free Nelson Mandela and Anatoly Sharansky. I wrote letters, asked people to sign petitions, and went to demonstrations. Neither of these great men are free because of an English teenager’s attempts, but maybe I was a snowflake in the avalanche.

Bu Dongwei thinks so. He believes it worked for him. If nothing else take 2mins 21sec and listen to his story.

Amnesty International offers a list of prisoners and there are other organizations like PEN who advocate for writers who are jailed for standing up for freedom of speech in their own countries.

So how about it? Let’s all commit to just one letter a week/month. Put it in your calendar and let’s make a start.

Alon Shalev is the author of the 2013 Eric Hoffer YA Book Award winner, At The Walls of Galbrieth, The First Decree, and Ashbar – Wycaan Master Book 3, all released by Tourmaline Books. Shalev is also the author of three social justice-themed novels including Unwanted Heroes. He swears there is a connection. More athttp://www.alonshalev.com and onTwitter (@elfwriter).