Archive for the tag “tgv”

Here in California, Governor Brown recently signed the first phase of High Speed Rail into reality. He likes HSR, but he was also in sort of a jam as California voters had previously (and only partially-informedly) approved a bond measure to raise billions of dollars specifically for this project. This money can’t legally be spent on anything else.

As fantasies go, HSR is pretty cool. France and Japan have enviable HSR systems that are really sexy. They look great, they zoom around majestically at impressive speeds, they lend an air of sophistication to their countries and governments, and they transport large numbers of people efficiently.

In addition, HSR would be more fuel efficient than air travel and it would break the strangle hold that the airlines currently have on us all. But is HSR a timely solution to our transportation problems? 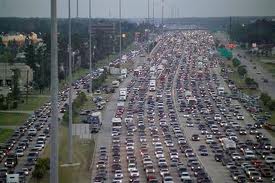 Some people want to avoid this… 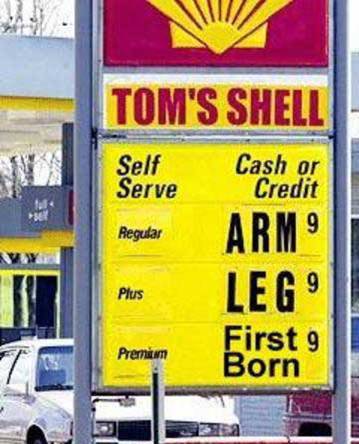 While pseudo-intellectuals like George Will rail against rail (especially but not exclusively the high-speed variety) for contrived and ridiculous reasons, there are better reasons – real reasons – that HSR is a solution whose time has not come. This first phase will run 130 miles, from Bakersfield to Madera (the proposed location of the states HSR maintenance facility) at a cost of $8billion.

What we really need to spend money on is improving and expanding existing public transportation systems. The real jewels of Asian and European rail systems are their frequency, extensiveness, and efficiency – not just from a fuel standpoint, but from a transportation standpoint as well.

In and around Tokyo, for example, there is an extensive train system in addition to subways and buses. The trains take millions (yes millions) of people into the city from outlying communities each day. There are multiple tracks almost everywhere and, unlike the San Francisco Bay Area’s BART system, you can travel in several different directions from almost anywhere.

Tokyo’s passenger train system is almost all electric and very quiet. The trains resemble nice subways more than they do Amtrak trains. One of the best things about having multiple tracks is that it allows for express trains. These trains are the same as the other trains, they are not built for higher speeds. But they are much faster because they have limited stops and just sail right past many stations.

Because of this, these express trains get their passengers to their destinations much sooner. A passenger may have to transfer to another, local train to make it to a final destination, but it’s still much quicker than stopping at every station along the way.

Here’s another issue. Right now, Amtrak (America’s only real large-scale rail system) has large, conspicuous gaps in it’s travel coverage. For example, to travel on Amtrak from Fresno, California’s agriculture center, to Los Angeles requires that passengers get off of the train at Bakersfield and board a bus for the rest of the trip.

In addition, local light rail and bus systems are riddled with inadequacies, many of which are caused by limited funding and some of which are caused by less-than-optimal management. Part of the new funding is to make unspecified improvements in California’s existing rail systems, but the attention and the priority seem to be on HSR.

All of these systems could be improved tremendously for a lower cost than constructing one thin route for high speed rail between various locations. Also, these solutions apply to real problems today. What people need is help with their everyday commutes and business and errand trips. How many people really need to get from Los Angeles to San Francisco in 2 ½ hours? Many, many more people would benefit from the ability to get to work in under one hour.

High speed rail is a later phase in a mature public transportation system. Our system is far from mature and HSR is not the solution we need now.