The recent mass shooting at the naval shipyard in Washington DC is extremely tragic and the frequency of this type of murder is increasing. Also, the use of long guns appears to be the weapon of choice for these deranged killers. However, I will still argue that mainstream media and political focus on rifles and assault weapons is way off base. The long gun’s use as a killing weapon is insignificant compared to the hand gun. Unfortunately, mass murders are great money making events for the media and provide a good soapbox for politicians to show their face. The real problem – hand gun murders that occur at a rate of one every hour, every day, 365 days a year – gets ignored.

We can solve the real problem and maintain the integrity of the Constitution by leaving the legal status of long guns as is but outlawing hand guns. 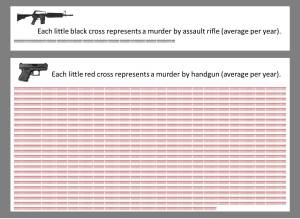 Yesterday, standing with the parents who lost their young children in the Sandy Hook Elementary Schooling shooting, President Obama said: “All in all, today was a pretty shameful day for Washington.” I haven’t agreed with the President of late but his statement about the shameful voting of Senators to strike down background checks on gun buyers was on target.

According to a recent poll, 90 percent of US voters support enhanced screening of people purchasing guns. Yet, fifty-four Senators voted against the overwhelming will of the people.

The NRA stands against S. 649 even though seventy-four percent of their members support background checks. Going back on their word, the National Rifle Association threatened Senators in a letter prior to yesterday’s vote. Here’s one of their many statements, “Given the importance of these issues, votes on all anti-gun amendments or proposals will be considered in NRA’s future candidate evaluations.” The cowardly Senators decided it would be best to brown their noses in the buttocks of gun lobbyist rather than supporting the people they took an oath to represent.

For pleasuring the Saxophones (a.k.a. gun lobbyist), I give these despicable Senators the Blue Dress Award. A list of award recipients is shown below. 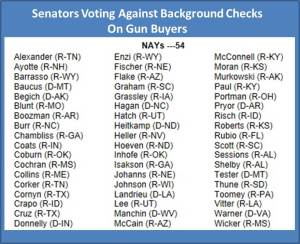 Some may think my blue dress and saxophone analogy is disrespectful to the fifty-four nay-sayers but these political prostitutes were absolutely disgusting on April 17, 2013 for servicing special interest groups instead of representing their constituents. 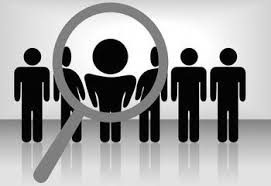 I’m pleasantly surprised. It appears two Washington politicians from different parties are advancing compromised legislation on a “kind of” gun control. I was stunned on two fronts. First, warring chieftains reaching across the Political Grand Canyon to strike a deal is amazing in today’s Washington environment. Second, the legislation they’re pushing forward is pretty good; in short, it requires background checks for gun buyers. This has an opportunity to pass and possibly keep weapons out of the hands of a few bad people. Anything else has no chance of getting through.

As I’ve said in past posts, it can’t hurt to make it more difficult for crazies and criminals. Also, I’m not in favor of outlawing assault rifles for law abiding citizen because they serve a constitutional purpose. However, handguns should be made illegal because they are constitutionally irrelevant (see past post).

It will be interesting to see how far this new gun control proposal makes it through the legislation process. 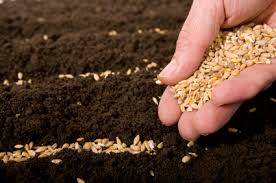 It’s time to plan your garden and get your seeds. Everyone should grow at least one green thing; a tomato bush or some basil. You’ll be amazed at the sense of empowerment, accomplishment and the ease of doing so. You’ll look at it and feel good, taste it and you’ll feel even better. 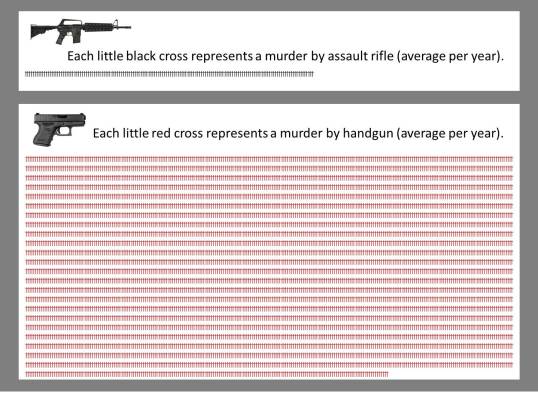 Closing note: Since the 27 deaths at Sandy Hook elementary school forty-nine days ago, more than 1400 peopled have been killed in the US with handguns (28 deaths per day for 49 straight days). A lot of energy, money and politicking is getting spent on the relatively insignificant issue of assault weapon deaths while the real problem of handgun killings is ignored. Sadly, political and media sound-biting wins the day. Please spread the truth, maybe we can focus attention on the real issue.

It Takes An Unarmed Village

Kudos to President Obama. While everyone else is just talking (or blogging) about gun control, he decided to get the ball rolling with a package that overflows with common sense.

A month after we witnessed yet another horrific massacre, Obama challenged a cowering Congress to pass universal background checks and bans on military-style assault weapons and high-capacity ammunition magazines like the ones used in the Newtown, Conn., school shooting.

Fighting words or not, he knows that a deeply divided Congress is an integral partner to pass the most necessary and effective measures for preventing more mass shootings.

Already those brave souls in Congress are burning the midnight candle forcing the NRA to send rational leaders to participate in the debate and selling their shares in the pork industry, fearlessly risking their seats by taking on the special interest groups that put so many of them there in the first place.

Okay I apologize. You probably read that paragraph twice, rubbed your eyes, and vowed to  ditch the decaf and return to caffeinated coffee.

Immediately, the NRA was up in arms: ” “Attacking firearms and ignoring children is not a solution to the crisis we face as a nation. Only honest, law-abiding gun owners will be affected and our children will remain vulnerable to the inevitability of more tragedy.” 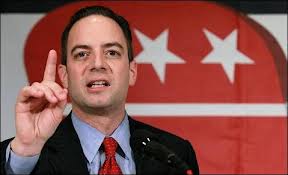 “He paid lip service to our fundamental constitutional rights,” Priebus said of the president, “but took actions that disregard the Second Amendment and the legislative process.”

It seems to me that one of two things need to happen and they both require acts of courage by huge numbers of people.

The first is a mass movement of people who are willing to make this the focus of attention until the mid terms. I doubt this is sustainable. There are too many other issues that effect our pockets and we are simply too attention deficit and the media are too deft at facilitating this.

The second involves an (unarmed) uprising within the NRA. I have already written about the NRA historically leading gun reform policy. The only way this is going to happen is if the moderate majority of NRA members make a stand:

I realize this hope contains too flaws: there might not be  a moderate majority and, even if there is, it might be too intimidated to stand up to the extremists. Secondly, it renders my blog title inaccurate.

As the President said: “Behind the scenes, they’ll do everything they can to block any commonsense reform and make sure nothing changes whatsoever, The only way we will be able to change is if their audience, their constituents, their membership says this time must be different, that this time we must do something to protect our communities and our kids.”

Here is something we can each do TODAY. Find a friend who is a member of the NRA and take them out for coffee. Invite them to raise their voice – make this about background checks and automatic weapons. Reassure them that the gun they feel they need to protect their family is not threatened. 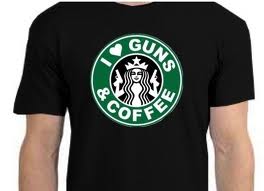 President Obama is not going to succeed alone. He needs his friends and he needs the moderate majority of the American people.