Archive for the tag “rabbi”

I ‘discovered’ Marshall Ganz when his work on ‘The Power of Story” formed the basis of the annual Hillel Institute, the professional conference. I wrote about this in an earlier post. Today, I want to focus on Professor Ganz and his own story.

Ganz grew up on the West Coast, in Fresno and then Bakersfield. The first remarkable chapter in his life was when, as a child, his family went to post World War Two Germany, where his father, who was a rabbi, served as an army chaplain working with displaced persons. The impact of meeting Holocaust survivors had a powerful influence on the whole family and Ganz grew up learning about the dangers of racism and Antisemitism.

Ganz began his undergraduate degree at Harvard but left the year before he graduated in 1964 to volunteer for the Mississippi Summer Project, where he worked in a freedom house in McComb and helped organize the Mississippi Freedom Democratic Party delegation to the 1964 Democratic National Convention. He also joined Cesar Chavez and the United Farm Workers of America and over the next decade and a half gained experience in union, community, issue, and political organizing and became Director of Organizing for the United Farm Workers of America (UFWA). 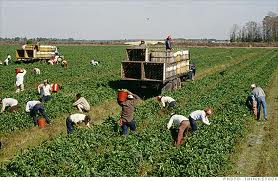 The Union of Farm Workers is smaller today, but its significance has not lessened.

He left the UFWA in the 1980’s and began to focus on political organizing for a number of candidates including Nancy Pelosi for Congress, Alan Cranston for Senate, Tom Bradley for governor, and governor Jerry Brown.

Twenty-eight years after leaving, Ganz returned to Harvard where he finished his undergraduate degree, received an MPA from the Kennedy School of Government in 1993 and a Ph.D. in Sociology in 2000.

Since completing his doctorate in 2000, he has been a lecturer in public policy, teaching courses on organizing, leadership, civic engagement, and community action research at the Kennedy School for Government

While preparing to facilitate the workshops at the Hillel Institute, I learned that Ganz offers a unique perspective on community organizing and activism. In contrast to institutional mass mobilization, Ganz stresses the need to tell the story/

He stresses the need for personal investment through what he defines as “the story of self.” Here the individual shares something of him/herself, something that offers a moral or insight to whatever the message is. This can then be fused with “the story of us,”which is essentially the party line or goal that the activist is trying to suggest. Finally, Ganz concludes that there must be a call to action, which he encapsulates in “the story of now.” 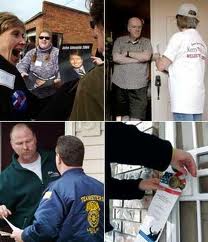 Activism Is About Telling the Story

Finally, Ganz stresses that the communication cannot be one-way, but must involve genuine listening to understand the other person’s perspective through their own personal narrative.

Ganz illustrates this through the famous three questions of Rabbi Hillel, “If I am not for myself, who will be? And if I am for myself alone, what am I? And if not now, when?”

The Orange: A Woman’s Issue

Last night millions of Jews and their friends sat around the Passover Seder table. At the center of the table is a Seder plate. Jewish tradition is very particular about what one puts on the plate

However, Judaism has survived (I know there are many who I’m about to annoy) because even our traditions have evolved. In the 1980’s, a certain famous Israeli Orthodox rabbi was asked what he thought of women becoming rabbis. His response was that there was as much chance of this happening as an orange appearing on a Passover Seder plate.

An Orange on the Seder Plate

Since then, the orange has become a symbol of woman’s rights and equality within the progressive Jewish religion. The rabbi of my congregation is a woman and I work in an organization that embraces women rabbis, many of whom serve as role models and sources of inspiration for me.

The orange has made our world a richer place…and don’t get me started on the benefits of Vitamin C!