Archive for the tag “primary”

We may have a legitimate third choice for President come November 2012. There’s an interesting movement underway giving all registered voters delegate power to select a candidate that will be placed on the presidential ticket. We’ll all have a chance to vote our choice during an online convention.

Before explaining further, I want to point something out about our traditional caucus/primary system that selects who goes on to the presidential ticket. California is the largest economy in the United States and if it were a country, it would be the eighth largest economic power in the world. However, California has no say when it comes to who should be on the Democratic or Republican ticket because the game is over before its primary takes place. For example: Mitt Romney is a virtual lock for the Republican Party but California’s primary is still six weeks away. The people behind the biggest U.S. economy have no choice… that’s ridiculous. 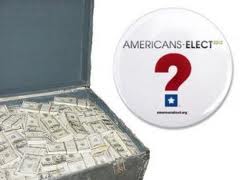 This new movement is called Americans Elect. Their goal is to nominate a presidential ticket that answers directly to the people and not a political system. Their slogan is, “select a president not a party”. To date, they have collected enough signatures in 25 states allowing the candidate selected during the online convention to be placed on the ballot in those states. It is forecasted that the signature quota will be met for all 50 states.

The concept behind Americans Elect is good. Our current process to elect a president is archaic and unfair to many regions of the country. Modernizing the process would save money, create election security and provide real choice and fairness for all. With that said, Americans Elect may be an elaborate setup to split votes in the 2012 election. Some of the original monetary backers behind the movement will not identify themselves. The Democratic Party’s demographic tends to be younger, more educated and open to change so they would be more likely to endorse Americans Elect. Conservatives may not recognize the true value of the movement or, in typical fashion, shy away from change. If only liberals and moderates jump onboard, it would fracture the Democrats and hand the election to the conservatives.

Conceptually, I like what Americans Elect is trying to do. It gives some power back to the people. Below are links to videos and their website. What do you think?

It’s a new year! Time to start anew…out with the bad and in with the good. Last year, 2011, was bad for many of us and we couldn’t be happier that 2012 is finally here. 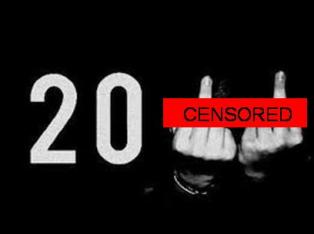 I usually blog about politicians and government policies that are stupid or wrong and occasionally explain what I would do if I were king. This typically involves focusing on the negative. Since it is a new year, I resolve to focus on the positive. Instead of pointing out badness, my goal is to highlight goodness for the sake of happiness or bring attention to things that are working well and give my opinion on how we can expand on them.

This is my first post of the year and there is a positive to discuss. It’s no secret that I lean to the political left but yesterday’s Republican Iowa caucus was very interesting. The folks in Iowa stunned me; they made me proud to be an American.

The last time the voting public made me proud was the day a black man, Barack Obama, was elected president. I thought it would never happen in my lifetime; that was truly a great day.

What was so positive about the Iowa caucus? Mitt Romney, a Mormon, won! This may be more amazing than the 2008 presidential election. When was the last time a non-Christian or modified Christian (depending on how the Mormon faith is defined) won a presidential primary or caucus? In today’s fanatically Christian American, this is shocking.

We haven’t hit the primaries in the Bible Belt and once we do, I’m sure Mr. Romney will lose a few. But today I’m proud of the Iowa voters for seeing past religion to make a selection based on other criteria.