Archive for the tag “peak energy”

We can debate the dangers and virtues of nuclear power but its proliferation is inevitable. Pro and con arguments are irrelevant. One basic human need makes nuclear power an absolute necessity. 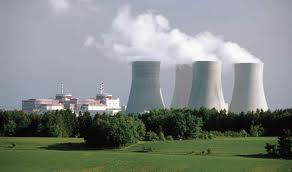 Water is humanity’s lowest common denominator. Without it we die. Drinkable water is precious and in short supply. Only one percent of all water on Earth is potable and accessible. Currently, twenty percent of the world’s population does not have daily access to fresh water. Let me rephrase, “today, November 17, 2011, approximately 1,400,000,000 people will not taste safe water”.

Fast forward 40 years to 2050. The number of people on Earth has increased by 50% and now sits at approximately 11 billion. Since the Earth won’t magically make more potable water, half the world’s population (7 billion) will struggle to survive.

Clearly, something needs to be done. We could just let people die off but that would be an economic disaster because we need an ever-expanding population to fuel our financial system that is based on perpetual growth (crazy as that sounds living on a finite planet).

The only option we have is turning salt water into fresh water. Desalination is an energy intensive process. Today, fossil fuels are already stretched thin and most energy experts say we are in or heading into a peak oil scenario where we are draining cheap oil reserves faster than we can find new ones. Also, oil and natural gas are used to manufacture pesticides and fertilizer (respectively) so they will be in heavy demand for agricultural purposes to feed the new billions.

The only way we can produce an adequate amount of fresh water is by running desalination plants with nuclear power.

Again, the arguments about safety are irrelevant. We need to look at this in terms of future lives saved. Nuclear power will prevent the deaths of billions from starvation and thirst. Forget about saving 30 or 40 people from radiation poisoning over the next 50 years – that’s crazy logic.

Think in terms of benefits. Think a generation or two into the future.

* The 104 nuclear power plants operating in the U.S. over the past 40 years have not caused a single death while wind energy has already killed 41 in its short existence.