Archive for the tag “Oral Law”

On Monday I wrote a post about those people wrongly incarcerated for crimes they never committed. Unfortunately it doesn’t end here. Last week, while researching that article, I came across this one.

Carlos DeLuna looked uncannily like the murdered. He had the same first name, was in the area where the victim was murdered at the time the crime took place, and in 1989 was executed for a crime he never committed in the great state of Texas. No, this is not the latest John Grisham plot, though I doubt the master of court case fiction could have designed a better plot. 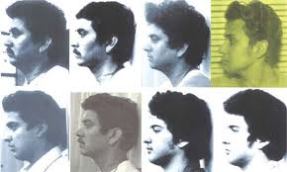 Columbia School of Law professor James Liebman and five of his students spent nearly five years going over the most minute details of the case and have put together a study of almost 800 pages, called “Los Tocayos Carlos: Anatomy of a Wrongful Execution,” Their conclusion: an incomplete and flaw-ridden investigation and trial. The wrong man was put to death in what Liebman calls an “emblematic” legal system failure.

In February 1983, Wanda Lopez, a single mother working in a gas station in the Texas coastal city of Corpus Christi, was stabbed to death. Ms. Lopez had twice called the police that night claiming to be threatened by a man with a switchblade and Liebman questions whether the quick arrest and conviction might have been motivated by the police’s failure to investigate and protect the victim despite her calls for help.

Professor Liebman and his staff highlighted “numerous missteps, missed clues and missed opportunities that let authorities prosecute Carlos DeLuna for the crime of murder, despite evidence not only that he did not commit the crime but that another individual, Carlos Hernandez, did,”

The reason this is important to exposure is first to clear the name of Carlos DeLuna though I truly cannot conceive what this might give his family other than closure if even that is remotely possible.

But second, it highlight the finality of the death penalty, and begs the question whether we can ever be 100% sure that a person is guilty.

Critics will claim that the ‘facts’ of this case are uncanny. Even the relatives of both men misidentified them and this is critical in a case that depended heavily on eyewitness accounts. They are both called Carlos, though I am not sure why this so intrigues me, or has any bearing on the investigation and trial.

In fact there was only one eyewitness who reported a Hispanic male running from the gas station. Even then, the man was identified as wearing a grey flannel shirt and had a mustache. DeLuna was clean-shaven and wore a white dress shirt. The only part of the identity that was accurate was that he was a male and Hispanic.

Forty minutes after the murder, Carlos DeLuna was arrested east from the gas station. Eyewitnesses said the killer was fleeing north. DeLuna had run when the police approached. He was on parole and had been drinking.

He apparently told the police that he had been in the vicinity of the gas station and seen Carlos Hernandez there. “I didn’t do it, but I know who did,” DeLuna said at the time.

Hernandez, known for using a blade in his attacks, was later jailed for murdering another woman with the same knife. He later died in prison from cirrhosis of the liver, but while incarcerated repeatedly admitted to murdering Wanda Lopez,

During the trial, the prosecutor told the jury that Hernandez was nothing but a “phantom” of DeLuna’s imagination and DeLuna’s budget attorney even questioned Carlos Hernandez’s existence. But in 1986, a local newspaper published a photograph of Hernandez in an article on the DeLuna case,

Following a hasty trial DeLuna was executed by lethal injection in 1989 after what Liebman calls “a very incomplete investigation. No question that the investigation is a failure…everything went wrong in this case.”

But why bring it up today (family closure aside)? The following statement is attached to the report. “Unfortunately, the flaws in the system that wrongfully convicted and executed DeLuna — faulty eyewitness testimony, shoddy legal representation and prosecutorial misconduct — continue to send innocent men to their death today.”

Until such time as we are able to discover a flawless way to conduct our trials and investigations, putting a person to death is a finality we are simply not ready for. 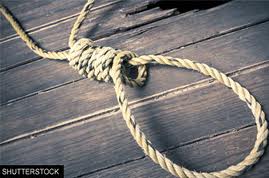 Judaism Oral Law (Talmud, Sanhedrin 37a) says that when you save a person it is as though you have saved the whole world. Until we stop killing innocent people, our entire civilization is at risk.