Archive for the tag “movie options”

There are a lot of authors out there, a lot of books, and a lot of noise on the Internet. Each author racks his/her brain for an original idea to blaze a trail in one social media or another that will create the elusive momentum that will propel a series of book sales, of movie options, and publicity.

That’s a lot of work for one person, especially one who would prefer to sit behind a computer screen creating new characters, plots and worlds. Even more so, that comes after possibly a full time job, helping the kids with homework, paying the bills, working out…

I believe I spend an hour a day blogging, tweeting, answering emails (as an author). I often do this with ease; either early in the morning, during a lunch break, or after my boys are in bed. But I am giving seven hours a week to promote myself and if I had more time, I would delve into Facebook, Goodreads, redesign my website, participate on other people’s blogs and forums.

What if I spent that time promoting not only myself but also five other authors, all writing within the same genre? What if we parceled out each social media forum, not exclusively, but the person in charge of Twitter, for example, would delve deeper into how best to leverage this medium. We would all tweet, retweet, dm, and build our own twitter following, but the cross-pollination would make it six times as visible. 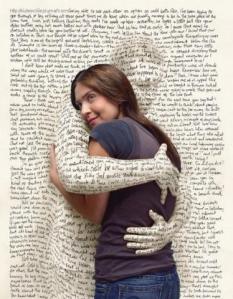 And then, we would offer extra time and focus when someone’s new book is published. We would write reviews on Amazon, on their website, interview them on our own blogs, and recommend them to friends. I recently went to a party and could have given my book-loving friend a book. She has read mine, but why not then give a copy from someone in my co-op.

It demands honesty and trust. We are all desperate to ensure our own success and need to rein in the tempting opportunity to promote ourselves to the detriment of others. A ‘friend’ stood up at a venue where I spoke, told everyone how great The Accidental Activist is, and how it reminds him of his novel… and he then went on to pitch his own.

One of the best events I participated in was a panel set up by the historical fiction author, JoAnn Smith Ainsworth. There were four authors and we all flowed in effortlessly. We had decided that Christine London, a romance author, would be our informal facilitator, and probably no one in the audience noticed as she occasionally directed a question to an author who had been quiet for a while. The audience was considerably bigger than it would have been if it was only me appearing – there were fans of all genres.

I spent almost half my life on kibbutz and when we all worked for each other the synergy was amazing. Is it possible to replicate such mutual support in the world of promotion, sales, and money?