Archive for the tag “John Vidal”

Why It Has To Be Fiction

I was deeply inspired by the trial at the time and meticulously researched ‘McLibel’ as it became known. My fictional timeline corresponds exactly with the real trial and many of the events in The Accidental Activist parallel what transpired in the real court case. In fact, many of the more infamous quotes from real-life witnesses just happened to find their way into the mouths of my characters.

I allocated a fair part of my talk to the idea of writing for social justice, to help empower people to create a better world. This is a consistent theme throughout my books, and here on Left Coast Voices – so it begged someone to ask the question: Why fiction?

My answer was not very impressive. I mumbled that John Vidal, a journalist for The Guardian in the UK, had done a great job of writing the definitive book on the case and even had a copy on hand to show them.

But there is more. I believe fiction allows the writer to reach more people and on a deeper level than non-fiction. We open ourselves to the emotions of the characters, the smell of the place, the textures of color, food, or wine. We become invested in their challenges.

But most significantly, we read fiction to identify with the characters, particularly the protagonists. Often we align through gender, life experience, fears, or loves. I have heard from women who were deeply affected by my character Suzie’s ideological drive for a better world. Men can understand how Matt felt driven to step outside his comfort zone and find a way to defend his woman.

If we can create a bond between character and reader, we open the opportunity for the reader to create an environment in which to undergo a similar transformation in their own life.

I believe relationships are what drive people to step outside their safe space. I believe people were able to relate to then-Senator Obama’s (and/or Michelle’s) drive for a better America, for change we can believe in. This was what motivated so many to get involved and head to the polls four years ago and, I hope, what ultimately will bring them out to vote again in November. 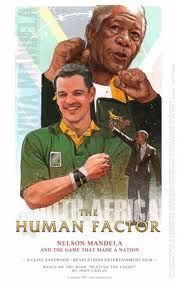 When we relate to a person we admire, whether in fact or fiction, we consider on a conscious or subconscious level whether we can emulate that person and make a similar, courageous decision. Perhaps this will empower us to believe that our actions can create a better world.

Have you ever been inspired by a book to take action? Has a fictional character ever helped you change your life? If so, please share in the comments below.

Save a Cow, Save the Planet

A while ago, I suggested that obesity and wrong food production is the core to our sinking economy. It seems to have resonated with many people and I feel a need to explain myself. In the first of two articles, I want to focus first on the effects on our planet and then on our economy.

However, allow me to begin with a disclaimer: While I was vegetarian or vegan for most of my life, I am not now. It is something I struggle with regarding my own health and have been eating fish for a few years. I have also been known to eat rather than cry fowl. 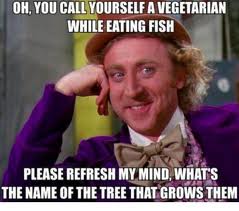 It’s not just the remains of the animal dead on our plates, but the energy and resources involved putting them there. As John Vidal, a reporter for The Observer in England, and the author of the McLibel case that The Accidental Activist is based upon, once said: “It’s time to think of waste as well as taste.”

When we look for major ways to lower the impact we are having on the earth, where to cut energy, and become sustainable, eating less meat seems to be one of the clearest and most attainable. Note that I said “eating less meat” and not becoming vegetarians. Perhaps one of the biggest mistakes of the veggie movement has been this all-or-nothing approach, meaning that those not ready to make such a radical switch are likely to dismiss it.

But there is a more telling reason to cut meat consumption. With a billion hungry people and three billion more mouths to feed in the next few decades, this argument is far bigger than being nice to animals. People are dying of starvation, our planet is exhausting its ability to feed us, and we have the knowledge and technology already to turn this around.

If we really want to reduce the human impact on the environment, the simplest and cheapest thing anyone can do is to eat less meat. Vidal says: “Behind most of the joints of beef or chicken on our plates is a phenomenally wasteful, land- and energy-hungry system of farming that devastates forests, pollutes oceans, rivers, seas and air, depends on oil and coal, and is significantly responsible for climate change. The way we breed animals is now recognized by the UN, scientists, economists and politicians as giving rise to many interlinked human and ecological problems, but with 1 billion people already not having enough to eat and 3 billion more mouths to feed within 50 years, the urgency to rethink our relationship with animals is extreme.” 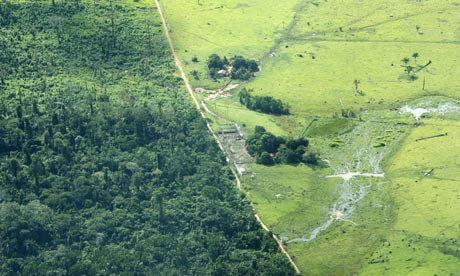 Millions of hectares of trees have been felled for cattle ranching in the Amazon. Photograph: Paulo Whitaker/Reuters

Vidal lists 10 environmental concerns that curbing the meat industry would help turn the situation around.

10. Other Costs – This tenth point is what I will focus on in my next post. There is so much environmental information available now, one needs to make a conscientious effort remain uninformed!

The average American consumes about 200 pounds of meat a year – that is about 1/2 lb a day assuming that everyone eats meat. We don’t. About 7.3 million Americans don’t eat meat at all, while just fewer than 23 million eat a vegetarian-inclined diet. I am not sure what this means, but I doubt they eat vegetarians who are known to be lean and bad tempered when someone sticks a fork in them. 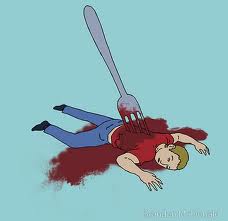 How does this effect our economy? That’s for another post.

McLibel is the story of the remarkable trial wherein McDonald’s sued two young activists for libel in London during the 1990’s and, unlike every newspaper, magazine and TV show, they refused to back down. Due to archaic laws, libel is the one area of law where there is no legal aid offered.

A friend of mine put up what became the first interactive advocacy website at a time when most of us were still using telephones and letter to communicate with each other. Both the David .v. Goliath aspect of what became the longest court case in British history and the role that the website took on, fascinated me.

John Vidal records an accurate account of what transpired in the Royal Courts of Justice in his book – McLibel: Burger Culture on Trial, and there is also a DVD by the same name produced by Geoffrey Giuliano.

KIRKUS REVIEW (McLibel: Burger Culture on Trial)
A lively account of the food fight that became the longest trial in British history. When a flyer entitled “What’s Wrong with McDonald’s” circulated around London, the burger giant took umbrage and sued Helen Steel and Dave Morris, members of London Greenpeace (an environmental group not affiliated with the international organization Greenpeace), for libel… see below for full review.

My latest novel, The Accidental Activist, is a fictional account of the trial. I keep very close to the true time line, but I have substituted an oil company in place of McDonald’s (so as not to get sued for libel myself!). I tell the story from the perspective of the guy who put up the website. I have a common theme throughout my novels to spotlight the transformational potential that we each possess to effect positive change.

A self-absorbed, successful computer yuppie goes out on a few dates with a woman who suddenly gets arrested and charged with libel. He utilizes his talents, initially to help her, but gradually gets more involved in the issues and the need to hold big businesses accountable.

While the court case closely resembles what really transpired, the characters and sex are all from my overactive imagination.

KIRKUS REVIEW – McLibel: Burger Culture on Trial.
A lively account of the food fight that became the longest trial in British history. When a flyer entitled “What’s Wrong with McDonald’s” circulated around London, the burger giant took umbrage and sued Helen Steel and Dave Morris, members of London Greenpeace (an environmental group not affiliated with the international organization Greenpeace), for libel.

Here Vidal, who covered the trial for the London Guardian, recounts some of the issues addressed and the difficulties faced by the two underdogs who, without benefit of a court-appointed lawyer or funds from legal aid, acted as their own attorneys in facing the corporation’s crack legal team in a bench trial (they were denied a jury). British libel law required that Steel and Morris prove the accuracy of virtually every statement made in the flyer.

The company may since have come to regret their suit: The pair, assisted by a network of volunteers, did a very credible job of tracking down information in support of the flyer’s claims. This effort leads Vidal to discussions of the nutritional value of McDonald’s food; whether or not that food contained any beef raised on former rainforest land; the corporation’s treatment of workers; and its reactions to employees’ efforts to unionize.

By the time Vidal is finished with such subjects, the Golden Arches look a little tarnished. But his account would have benefited from waiting for the verdict that was handed down this summer, and from concluding with more rumination on the case and less grandstanding on the evils of multinational corporations. Still, Vidal’s blend of human interest and sheer outrageousness make this a ripping legal yarn. If the case itself hasn’t already given Ronald McDonald indigestion, this book might. (8 pages b&w photos, not seen) — Copyright ©1997, Kirkus Associates, LP. All rights reserved.