Archive for the tag “homosexual”

Last week, while making the usual commute to the office, I was listening to Ronn Owens on KGO and the morning topic was the Boy Scouts. More precisely, the discussion hinged on the Boy Scouts ending their ban on openly gay youths but still disallowing gay leadership. By the time my car pulled into the parking lot, I was so pissed at Ronn that my brain was in overdrive planning a social media campaign to create a massive boycott of KGO.

Normally my political and social views are more or less inline with what Ronn expresses on air. Like many people across the nation, Mr. Owens supports the inclusion of gay youths into the Scouts but he disagrees with the exclusion of gay leaders. I do want to make it clear that my beliefs on this issue are the same as Ronn’s but he pulled a disgusting stunt during the program that really infuriated me.

The Ronn Owens morning program is the typical format. He orally frames an issue, gives his opinion and then invites listeners to call in and give their thoughts. On this particular day, he fielded many calls and there was a variety of opinions on the Boy Scouts gay issue. But it was how Ronn mistreated one specific caller that truly got to me.

A listener calls in and expresses his dislike for anyone gay being accepted into the Scouts, at any level. He apparently believes it will lead to sex and molestation because that’s how gays are. The man cites these outlandish statistics published on antigay websites. He sounded like your typical uber conservative radical. Ronn rightfully challenged the caller on his source of information but then it got ugly. The man goes on to say he is speaking from experience and explains that he was molested as a child and still suffers from it. He’s untrusting and must take medication for anxiety. So how does Mr. Owens respond to this? He laughs, that’s right, he laughs at the guy. I repeat, he was actually laughing while this man was talking about an apparently traumatizing event…it was obscenely disgusting.

We may not agree with someone’s opinion but must we get that disrespectful?

KGO was once a great Bay Area radio station but you can now hear their evolution into numbness as they succumb to the Cumulus puppeteer. Ronn Owens appears to be transitioning to shockjockdom as the station appeases its newly adopted corporate parent.

As a former fundamentalist, who grew up continually hearing – from the pulpit at church – that “homosexuals make God vomit,” I have a true appreciation for Pride Weekend – and for living in my beloved Berkeley.

Here, people are more likely to judge me for being overweight or for not being independently wealthy than because I am a lesbian. That’s a huge relief.

Yes, of course, there’s still tons of homophobia here in the Bay Area. But at least the norm is not to express it openly.

When I go to North Carolina, people stare at me a lot. When I walk into a restaurant, heads turn, people glance at each other, staring disapprovingly. My hair is too short. I’m not wearing make-up. I’m not dressed in frilly clothes. And I’m not bashing my eye lashes at anyone. Often when I order, the wait staff will say “you’re not from around here – are you?”

My brother has warned me that when I visit, I need to stay within about a 20 mile radius of their town. Else “you won’t be safe if you go any further out.”

I came out to my Mom about eleven years ago, and left it up to her to share – or not share – that information with people in her world.

When I flew home, alone, five years ago on a red-eye,  my brother and my Mom picked me up at the airport. We went directly to my favorite restaurant for breakfast. I almost choked on my country ham when my brother said “well – Daddy told me ‘go pick her up at the airport. If she’s alone – bring her back here. But if she’s got anybody with her, she’s not coming under my roof.'” My Mom’s eyes got big – but she remained silent.

I  took a deep breath. Practiced all that fancy breathing I learned at those Buddhist retreats in Berkeley. I announced that would be staying with my friends, 60 miles away, rather than with my parents. I could see the pain in my Mom’s eyes.

My brother – honestly being earnest said “Now Rhondajo, just calm down. You’re getting worked up over nothing. You know how Daddy is with his dog. He loves that dog. More than anything. But that dog is an outdoor dog – and he is never coming into Daddy’s house.” 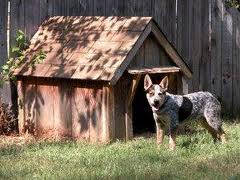 I was livid. I did more of that breathing – and practicing non-attachment.  I had flown 3,000 miles to see my family, and didn’t know when – or if – I would be back. By the end of the meal, I told my brother “while I am here, we’re talking about two things. And two things only. Country music and food.” And he took me to my parents’ house.

Given that having a gay child is the ultimate shame, I was more surprised that someone had told my father that I was gay – than I was with his reaction.

So – here in the Bay Area, we will be inundated by Gay Pride this weekend. But, remember, there’s still a lot of prejudice out there. Right now.

When you hear a homophobic  joke, please don’t just pretend you didn’t hear it.

If you have a gay person in your life, give her or him an extra big, warm hug this weekend.

And if you don’t have a gay person in your personal circle of friends – it’s a great time to embrace a bit more diversity.

RhondaJo Boomington is a Southern transplant from North Carolina. She landed in the haven of Berkeley six years ago and never plans to leave. Formerly a fundamentalist who voted for Jesse Helms many times, she now relishes her liberal lesbian life in the Bay Area and is frustrated that Obama is not liberal enough. She has earned a J.D. and a Masters of Divinity, and  enjoys performing in the Bay Area as a stand up comedian and solo performance artist. Contact her at rhondajoboomington@yahoo.com