Archive for the tag “Herman Cain”

Don’t read this. You might become indoctrinated. – Tom Rossi

With Rick Perry and Herman Cain out of the hunt for the 2012 nomination, the Republican race has lost a lot of its pathetic charm. The entertainment value we had come to know and love has given way to irritating nonsense.

Recently, that tower of philosophical wisdom, Rick Santorum, spoke about how American universities “indoctrinate” students into liberalism and away from religion. As evidence for this, he cited data from a study, done by religion researche rs, that found that 64% (I think he got the number wrong) of students that enter college end up significantly curtailing their churchgoing after graduation.

This, of course, was just the kind of cheerleading chant that would ignite his audience at the First Baptist Church of Naples, Florida. In Rick Perry’s absence, Rick Santorum has become the front-runner for my least-favorite Republican candidate for 2012 (although Newt is still in the running).

Santorum said that this liberal indoctrination is the real reason that President Obama “wants every kid to go to college.” He just wants everyone to be liberal. Where do I start? President Obama said, “I want every child to have the opportunity to go to college.” (emphasis added). If you read something sinister in this, you’re probably the one who’s been indoctrinated… maybe by Glen Beck. 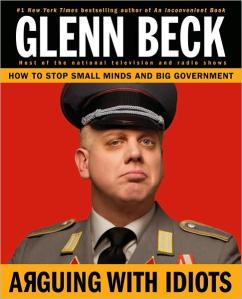 The misconceptions held by so many Americans about higher education just blow my mind. These are all assumptions based on the fact that educated people are likely to disagree with simplistic world views. While studying neurobiology at Colorado State University, I was “indoctrinated” into exactly one way of thinking: not to take anything at face value.

The other students and I were not at all led down a path. Instead, we were given the intellectual tools with which to dissect ideas, scholarly articles, and even accepted paradigms. Not one of my professors ever scoffed at me for questioning what was “accepted.” They would ask me what was giving me my doubts… what was my internal logic. Then we would discuss it and usually it would lead to an idea for some new research that might fill in a missing piece of some puzzle.

Higher education teaches people to think, not in a certain way, but with thoroughness and logic. Rick Santorum got his JD (law degree) from Penn State. I guess the “system” doesn’t always work. It didn’t turn him into a liberal and it didn’t teach him to think before he speaks, either.

Nor, evidently, did he learn to read. That same study found that 76% of people who never went to college cut down on their churchgoing in the same way. So much for teaching logic. I conclude from this that one of two things happened. Either Santorum didn’t bother to read the whole paper (or just didn’t care what it really said) or he knew full well what the real conclusions were and just went ahead anyway, in order to fire up the “troops.”

So, is Rick Santorum stupid? Or is he just typically unethical, politician style? I’ll let you decide.

A Good Leader is A Good Reader

The problem with writing blog posts in advance is that they run the danger of being out-of-date before tehy are published. I wrote this post two weeks ago and since then, Herman Cain has resigned. I decided to keep the post because, amidst the sex scandals, something very important surfaced and needs to be processed.I have left the post intact because when I began to edit it to being in retrospect, it lost the anger that I felt. I hope this doesn’t prevent the point being made.

I’m somewhat surprised by the Republican debates. Blame it on the TV coverage, or the fact that they are facing a standing President who, despite struggling to see his agenda through to practical fruition, is still extremely impressive, but how are the Republicans allowing certain candidates to still be in the running? 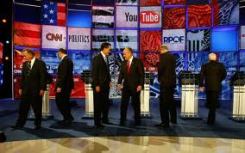 When do people start losing in this game of Musical Chairs?

More specifically, how are they allowing Herman Cain to stay in the running? If it is really about the money, who is willing to stand up and admit to investing millions in this man, or at least to continue to invest their money in him.

The sexual allegations are of course the most shocking. If this man is being totally set up and framed, let’s expose those behind it and send them to jail where they belong. If the answer is anything but this, why on earth is Herman Cain still running?

I have no doubt that Mr. Cain is a keen and astute businessman. We need such people helping to set our economy right. But the seat of the Presidency requires a lot more.

But it is with somewhat mixed emotions that I discovered that Mr. Cain and I have something in common. We both love The Simpsons. I also quote from the show, Mr. Cain, but I’m not sure I would if I was a presidential candidate.

I love that scene from 2007’s “The Simpsons Movie” when Arnold Schwarzenegger who is the movie’s President of the United States has to make a critical decision. His aids offer him several options and he immediately picks one without reading the briefs. The character of Schwarzenegger when asked why he doesn’t read the options replies: “I was elected to lead, not to read.”

He does encourage people to read his own book. 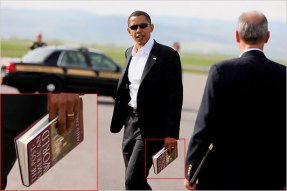 Never go anywhere without your nuclear launch codes and a good book.

Perhaps if we lived in a country that read, if we were a nation who stayed informed, we would not have allowed ourselves to dig such a deep hole that we now have to climb out of.

Alon Shalev is the author of The Accidental Activist and A Gardener’s Tale. He is the Executive Director of the San Francisco Hillel Foundation, a non-profit that provides spiritual and social justice opportunities to Jewish students in the Bay Area. More on Alon Shalev at http://www.alonshalev.com/ and on Twitter (#alonshalevsf). 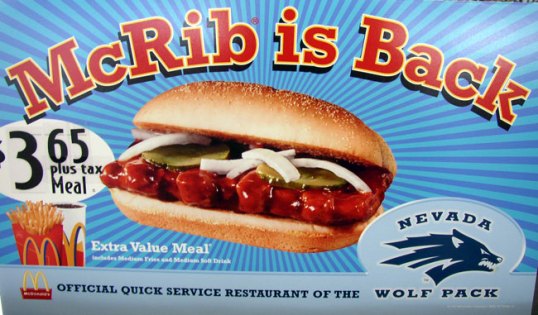