Archive for the tag “herb brooks”

The Left – Cohesion or Division?

Some recent controversy around my posts on feminism and flag day have served to re-focus my mind by reminding me of an important mission that remains not only unfinished, but largely untouched.

This mission is untouched because it is dangerous. Why is it dangerous? Because it involves the risk, the heavy risk, of turning one’s own “teammates” against him (or her). The team I’m talking about is known as: The American Left.

Why does the Left have so little power in the United States, when the Left (in its many forms) is so strong in other, “advanced” countries like Sweden, Denmark, Norway, France, Italy, Japan, and even (despite what we’ve been told by the media lately) Germany? Well, many have commented on the fact that the American left is splintered, un-cohesive, and disorganized. But I think it’s much worse than that… I think we are self-destructive – we undermine our own interests and our own “team.”

Few of us on the left are “team players”; not only does this team have no coach, but there’s no way it will ever accept a coach. In fact, all too often we do not accept each other as teammates. We want to play on a team made up of clones. You want the left to look just like you; I want it to look just like me; some guy standing on the corner at Haight and Ashbury wants it to look just like him, and so on.

Some people (men and women) think feminism is the most important thing and everyone should agree. Some think that it’s the environment. Some think it’s racism. Some think it’s nuclear (not nucular!) weapons, and so on and so on. Each of these (and many I didn’t mention) are very important. But none of them is, by itself, so important that the others should take a back seat or just “realize” that my issue is more important and more urgent than yours.

It’s true that I see an order of importance to some issues. The examples are not important here. What is important and urgent is that we play like a team. Let me tell you about another team – a team that had a coach, but still faced similar problems…

Herb Brooks was the coach of the 1980 USA Olympic hockey team. Before the competitions began, he faced many difficulties with the team, many off the ice – politics, divisiveness, questioning the mission and the methods, etc. He later said that he united his team – against him. He punished them with brutal physical drills. He toyed with their heads. He picked on popular players, even humiliating them at times in front of their teammates.

Why would a coach do such crazy things? Because that was all that was left. His team would never have believed in themselves enough to challenge Romania, much less the Soviet Union. And if they didn’t believe in themselves, they wouldn’t work together as a coherent team. Without team unity, they would not have accomplished anything. To be certain, making your team hate you is a technique that is only appropriate under the rarest of circumstances. Those circumstances may not apply to the American Left, but the lesson does.

As does another innovation that Brooks made: he hybridized two distinct styles, combining the best elements of the North American (at the time still pretty much completely Canadian) style hockey with the best of European style. He called it “American Hockey” and it was brilliant. 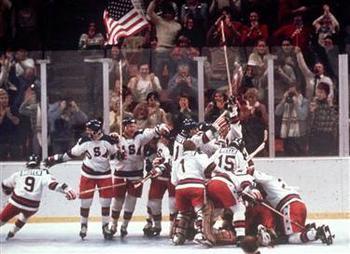 Before you get bored with my hockey stories, I’ll get to the point. This is exactly what liberalism, as a social/political movement, needs to do: combine our strengths and leave out our weaknesses. But just as importantly, we need to stop shunning those with the guts to challenge our assumptions and our dogmas (dogmae?). Herb Brooks turned the anger and resentment he deliberately generated into the seemingly impossible – a U.S. Gold medal in ice hockey and a defeat of the “unbeatable” Russians.

His crazy techniques built and focused the energy of his players. They united by fitting the pieces of the puzzle (players’ different talents and abilities) together and they showed the Russians something they hadn’t seen in years – a team with not only the skill, but the will to defeat them. They did this by making their differences into strengths. 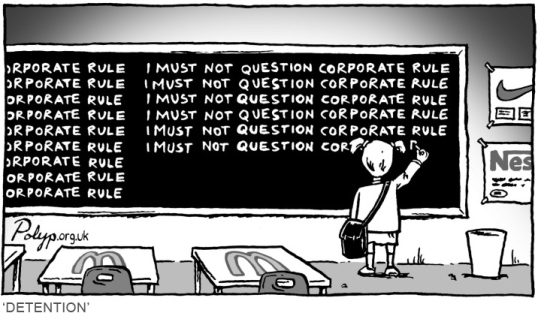 We need a shift in our (the Left’s) internal criticism. Instead of picking each-other apart because of mismatches in our styles of liberalism, we should analyze our positions, our philosophies, and our principles for coherence and consistency. We should debate and play “devil’s advocate” in order to ferret out weaknesses in our ideas.

Our tendency to see problems is a good thing; that’s how we are so sure that our government and maybe our culture need improvement. But we turn that same microscope on our cohorts and colleagues – and often in ways that are far from constructive. We crush criticisms of our sacred cows – both from outside and from within. Some of us seem to wake up in the morning, go out and actively search for the day’s first sign of sexism, racism, or whatever “ism” we’ve chosen. With this mindset, it doesn’t take long. And if that first example comes from one of “us”, then we turn our fierce ire on that person. Reveling in our own superiority and purity.

In this process we often engage in intellectual cowardice by refusing to even discuss our positions, our snotty attitudes making it clear that our righteousness is so obvious that the other person must be an inferior idiot not to see – no, not to SHARE – our point of view. This is where cowardice turns to tyranny as we actively suppress the words of others who we deem as imperfect liberals.

This internally divisive practice does not help any of us to achieve our goals. Through these actions we become THEM – the haters of those with different thoughts, principles, or ways of living. I do not accept this as my creed. Although I may get snotty, defensive, offensive, and critical myself at times, I vow to work with my teammates to create a better world for all of us.