Archive for the tag “gas”

Out of necessity, I’ve become a hypermiler. I am now commuting up to seventy miles a day in a 5,000 pound Ford F250 pickup truck powered by a V10 engine. In the city, I get approximately 11 miles per gallon and about 13 on the highway. It’s safe to say this vehicle is not a gas hog; it’s a fuel sucking Tyrannosaurus rex.

Hypermiling is the practice of driving using techniques that maximize fuel economy. Those using these techniques are referred to as hypermilers. It gained popularity as a result of the rise in gasoline prices during the late 2000s. A month ago I was getting about 380 miles per tank of gas but now I’m hitting close to 470 miles. As a former racecar driver, it is difficult for me to drive in a manner that conserves energy over distance; my instinct is to save time over distance. I’m learning that it takes a lot of awareness and concentration to optimize fuel efficiency.

With all the computers now in our vehicles and in the smart phones we carry, where is the app that can help me hypermile? These devices have GPS and accelerometers so they should be able to coach us with voices commands and advice. Examples: 1) “Given the speed limit on this road, you are accelerating too fast, back off the gas pedal, 2) “The next traffic light will turn red in 5 seconds, left off the gas pedal and coast”, or 3) “the next two traffic lights will stay green for 45 seconds, increase speed to 5 miles per hour over the limit to avoid breaking for a red light”.

All the technology exists to help us save millions of gallons of fuel per day across the country. We just need to apply it in a smart way.

Denier’s walls are crumbling down. It an astonishing speech, ExxonMobil’s CEO Rex Tillerson, admitted that the burning of fossil fuel is warming the planet. Like many others, I was totally floored when reading about his revelation. Perhaps he had a moment of weakness or maybe the perpetual lying finally got the better of him. More likely reputation played a role; let’s face it, the silly-science arguments used by fossil-energy companies are making them look stupid and lacking in credibility.

Can you imagine the look on the Koch brothers’ faces when they heard about Mr. Tillerson’s speech? I bet they soiled their pants from moaning so hard.

Tillerson wasn’t, by any means, apologetic or gracious. He called the public illiterate, the press lazy and indicated that the risk of spills and accidents were worth the reward. The biggest industry challenge, he said, “taking an illiterate public and try to help them understand why we can manage these risks.”

Interestingly, Tillerson appeared to ignore any discussion relating to remedial activities that would curb global warming. I suppose this is not a surprise. Slowing the release of greenhouse gasses would negatively impact ExxonMobil financially since more energy burn means more profits for them. The CEO believes we can manage in a hotter world. “We have spent our entire existence adapting. We’ll adapt,” he said. “It’s an engineering problem and there will be an engineering solution.”

I give Mr. Tillerson credit for stepping up and acknowledging the impact fossil fuels have on the environment but I also find it obscene that these Wall Street-massaged companies go from “denying” straight to “it’s too late, the damage is done so let’s adapt to our new climate”. Again, not a surprise, it’s all about lining pockets with gold but obscenely sinister nonetheless.

As much as I hate to agree with Tillerson, it is too late. Even if we drastically reduced carbon emissions today, temperatures are going to rise and so will sea levels for the next 200 to 300 years. Forget about green or sustainable economies, we need to pursue an adaptive economy that makes today’s disasters tomorrow’s normal.

Often, filling stations take the heat for high gas prices but, in reality, your local pit stop doesn’t make much money from the fuel they sell. They make pennies per gallon. Most of their revenue comes from junk food sold out of the attached convenient store. Yes, stations do raise prices minutes after crude oil goes up and then lower the price weeks after oil decreases so they do take a little advantage but that has always been the case. Gas stations are not to blame for the current high price of fuel.

Are oil producing companies or middle-east countries to blame for high gas prices? For the most part, they run their output and let the market dictate the prices. They may vary production levels a little but it hasn’t been a market-driver since the 1970s. Oil suppliers are not to blame. 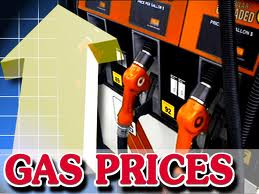 US oil refineries are to blame for the current increase in gas prices. They created an artificial shortage by reducing their refining capacity to 85% of what it was in 2008. The refineries say they had to close down some refineries because the crude oil quality has made some of their production capacity obsolete. It is unbelievable that companies making record billions in profits cannot keep up with the required technology in their own industry. I believe this excuse is a flat-out market manipulating lie. These big companies are not that stupid; they know what kind of oil they’re getting years in advance.

When gas hits $8 per gallon in a year or two, you can blame deregulating legislation that now allows reckless speculation (futures trading of oil) and the elimination of alternative energy programs by Ronald Reagan in the 1980s. However, the current high price of gas falls squarely on shoulders of US oil refineries.

I think I was exposed this weekend to the so-called Weekend Chat Shows. I won’t do it again (though I’m most perturbed that the soccer season is over and the NBA is coming to a close). I’m fed up with the way that we, the so-called informed population, allow our politicians and pundits to play out whatever fictional version they advocate to promote their own agendas.

Blaming President Obama for the economic meltdown a month or so after he took office is obnoxious – that many of the public bought it is truly stunning. Even today, when the President is still basking in the public’s praise regarding the assassination of bin Laden, a Republican politician, when asked if this gives Obama the Presidency in 2012, said Obama still has to account for the state of the economy.  As if these Republicans weren’t around for the previous eight years, or for that matter, in power. 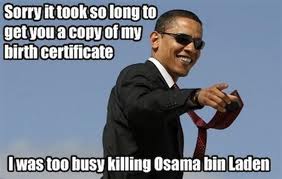 I do not believe that the recession is about everyone having a hard time. Houses in Berkeley are selling quickly and financial coaches all agree that there is money to made in a recession. A recession is more about a sharpened distribution of wealth than wealth disappearing from the economy.

Neither do I think it is about Republicans or Democrats. There is a structural problem in our economy that needs and can be addressed quickly. Over the next couple of weeks, I want to focus on some of the following aspects.

1. Education  – a 21st century economy requires a 22nd century education system. It begins with creating a work force that is competitive and highly esteemed. The average teacher in California earns just under $69,000. I don’t believe they work more or less than the rest of us. Their challenges and pressures are simply different.

2. Taxes – Everybody pays their taxes and they are proportional to how much each person earns. There can be some flexibility for differing circumstances, but to allow the rich to pay less taxes proportionately than the poor is absurd. The fact that so many of the working and middle class accept this is unfathomable.

3. Energy – Moving away for an oil-based economy, or at least cutting it drastically has repercussions not only on energy, but also foreign policy. As the head of the multinational oil company said in The Accidental Activist – true change will only come when the public are challenged at the pumps.

We might not hold all the answers, but our worst enemy is apathy. Let the discussion begin…