Archive for the tag “fog”

This is an old blog post, but the subject is very much on my mind with the release of Unwanted Heroes.

I left my office late that damp, foggy San Francisco night. I drove my car onto Junipero Serra, a main street, and then pulled over, needing to wipe the windows for safe visibility. As I worked my way round the back of the car, wheels screeched around the corner behind me. I instantly crouched down low behind my car and my whole body tensed. I was ready. I could feel my heart thumping.

When I saw the joy riders speed past me, their music blaring, I leaped back into my car,  pulled out and followed them. I think my wheels actually screeched. They would stop at the traffic lights a half-mile away and I could ram my car into theirs. I would teach them a lesson they would never forget. I could clearly imagine the crunching sound from the impact of the two cars and the terror they would feel, similar to the terror that I had just felt.

I pulled up behind them, images of my wife and children instantly grounding me. I breathed heavily and scrambled for some familiar radio station as I followed them to the Daly City exit where I would turn off.

When I had served in the army, I drove plain-clothed deep into enemy territory. My role was to protect someone who received information. There were three guards: one entered with the person, the other two stood outside guarding the car and the entrance.

We were undercover, but wore our army boots and carried our distinct semi-automatic rifles. In short, we were sitting ducks for a sniper, or a drive by. When any car approached, either too slow or too fast, we would take defensive postures. When a car’s wheels screeched to accelerate, we hit the ground, in one well-practiced movement.

My hands remained clenched tightly around my Saab’s steering wheel for the whole 45-minute trip home to the East Bay. When I stepped through the door to our apartment in Berkeley, it was time for dinner, kid’s homework, and to hear stories from the schoolyard.

I had made it home today …  but only just.

But there are friends who were not so fortunate. They never made it home. They never got the opportunity to open the door to a loving, if somewhat crazy, family. It’s the difference between choosing to hit the gas or the brake.

As simple as that.

Grounds for Saving the World

When I grow up, I want a coffee machine that makes that first cup of the day automatically and perfectly. I want to come downstairs and be greeted by the rich aroma of caffeinated creativity. Then, with steaming cup in hand, I am ready to go save the planet. 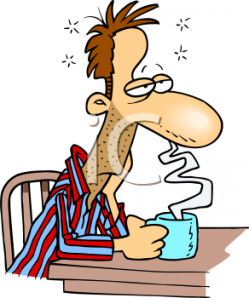 Now it is heartening to discover that all this is possible. The coffee machine you can research for yourself, but I recently received a comment in response to a post in which I wrote about an initiative by two young Cal entrepreneurs who grow mushrooms in coffee grounds. 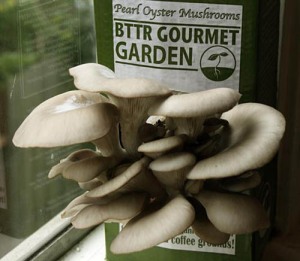 Now meet Shane Genziuk and friends, who run an initiative called Coffee Grounds to Grounds. They organize groups to collect their coffee grounds and recycle them in the garden. The nutritional worth of these grounds for the earth, plants and wildlife is impressive. The work that these young women do is as well. What is also encouraging is that we can all do our bit here – coffee drinkers to save the planet.

Now excuse me while I go pour myself a cup of Fogbuster coffee. By the way – Fogbuster is made by a great local coffee company called Jeremiah’s Pick.