Archive for the tag “empowered women”

Rape is a Crime. So is Silence.

Disclaimer: I am writing about a topic I know nothing about. I am a man. I have never forced myself upon a woman, never been forced, and it is a topic that I feel no one is talking about. I live in the progressive San Francisco Bay Area and I am experiencing a wave of shock at the three incidents I have heard about recently.

This is America…California…San Francisco…and it feels like I am living in a primitive or totalitarian society.

All three incidents (as much as I was told) involved women who reached a point where during the attack they went still, played dead, from fear that they could not stand more physical abuse and pain, or maybe for fear of their lives. They tried to mentally detach, to distance themselves from what was being done to them. 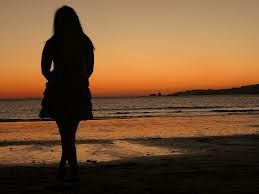 As far as I understand, this desperate survival act, compromised their ability to have the criminals who did this to them brought to justice. The fact that the physical evidence could have been from just having ‘rough (consensual) sex’ means that they are not believed that they were raped, and are often treated as sluts, liars, or unstable.

The fact that the women I spoke with were apprehensive about reporting the crime to the police is a terrible reflection of our police force. Why are they having to report this to a man, in a uniform, who symbolizes ‘power-over’? Do we not have enough women in the police force that it is standard procedure for a woman police officer to interview the (female) victim?

So this is a man’s world. Maybe, but here is California we are blessed with some amazing women in leadership. Where the fuck is Nancy Pelosi, Diane Feinstein, Barbara Boxer, and the other strong women leaders I look up to and admire? In my work, and the activism part of my life, I meet such incredibly strong, empowered women. Why the silence? Where are the men in power who have the responsibility to protect all citizens?

When I first came to California, a gay friend was explaining the fight to crush DOMA here. He said something like: It has to start here. California is a start-up nation, not only in hi-tech, but in social policy. If it can be done anywhere, California must lead the way to change. 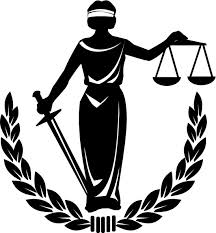 That a person must walk around for the rest of his/her life with this crime eating away inside, constantly in a  state of hyper-vigilance, being a painful reminder every time someone close tries to be intimate with them, is a life sentence.

Bringing the rapist to justice will never erase what they did to the victim, but it might go some way to closure. At least there is not that haunting feeling that the assailant is still walking free.

If we are to suggest that America has any claim to moral and social leadership, if we are to preach freedom to the world, then we must eradicate this criminal act and the damaging silence that surrounds it.

Alon Shalev is the author of the 2013 Eric Hoffer YA Book Award winner, At The Walls of Galbrieth, Wycaan Master Book 1 and The First Decree, Ashbar – Book 3 – all released by Tourmaline Books. Shalev is also the author of three social justice-themed novels including Unwanted Heroes. He swears there is a connection. More at http://www.alonshalev.com and on Twitter (@elfwriter).