Archive for the tag “Dianne Feinstein”

State of the Left Coast Union

Last week (at least at the time of writing), President Obama gave his State of the Union and I enjoyed it. I even subjected my sons to listening live as we ate dinner (PST) – actually I bribed them offering that they could watch The Simpsons after homework (reverse psychology – two teaching opportunities for the price of one – kids haven’t caught on yet). 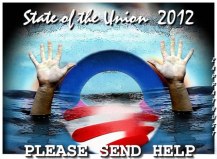 Speaking as a new American, (the 49’ers run finally had me watching American football) I am still puzzled at how much power and attention this jewel of democracy gives its President. We elect representatives to Congress as our direct representatives. They are paid to protect and advance our interests. The judiciary, while a very important watchdog, is there to ensure that the laws are interpreted and enforced.

Now I am all for strong leadership and a steady fan of the President. I have one of his books on my iTunes and when a chapter randomly comes up (usually while I am at the gym) I listen. I should also confess at this point, and did a year ago, that I am a faithful devotee of West Wing.

However, I often feel that the media frenzy that dogs the Presidential trail (and that includes the Primary circus) provides a comfortable distraction for those we sent directly to Congress. The vast majority of laypeople, myself included, know more about the activities, thoughts and efforts of the President than we do of our representative. I wonder how many people of voting age even know who their representative is? I have read two books by the President, but have no idea if Representative Barbara Lee or Senators Boxer and Feinstein have even written any books.

The role of the President should be to represent our country and to have a strategic overview. Many have criticized President Obama as being too conciliatory with Republicans, but I admire his collaborative nature, even though I am frustrated that it cost us a serious health care bill.

While I believe that  Congress should be more prominent and accountable, I enjoy the State of the Union – certainly better than the Queen’s (bless ‘er) Christmas Address at 3pm every 12/25.

The President should be the communicator to the nation. The State of the Union should be a 10,000 foot view of our accomplishments and challenges over the past year and looking ahead, but it should never replace, or give the illusion that, the responsibility lies with all our leaders. 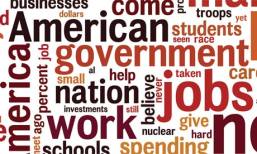 President Obama’s speech did give the impression of electioneering, but there was an important recurring message: Put it on my desk and I’ll sign it into law.

President Obama was addressing the nation, but he was also addressing Congress. Partisan stagnation has no place when our nation is suffering. So my State of the Left Coast Union is simple:

Electioneering be damned: Our nation is hurting. Stop the circus. One debate, one half hour uninterrupted prime time TV slot to each candidate and let’s go to the ballot.

The rest of our politician’s time should be spent doing what we pay them to do. I realize this will seriously hurt our media industry, but perhaps they might be inspired to focus on real news and analysis to empower the people to make informed decisions.