Archive for the tag “chicken dinner”

Why Obama Did Not Strike Back? Guest Blogger – Norman Weekes

Obama didn’t come back at Romney because he was afraid to offend white undecided voters. Not a widely posted theory but I think it’s true. Just for the record I get to play the race card because I’m black. 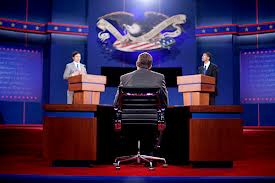 This tepid approach was acceptable strategy in the first campaign because one Angry Black Man outburst would’ve cost him the election. Anger and black folk don’t mix. Why? Because we have every right to be pissed and no one wants to be reminded. Plus the riots of the sixties scared the crap out of white people. As a consequence we’ll never be able to be openly angry like Jim Kramer or viscous like Rush without backlash. Of course I don’t want my president acting like an over caffeinated buffoon but I do want him to passionately defend his policies. Obama has the ability to let it rip but it’s not who he is.

All his life Obama has been in a position where aggressive behavior was seen as a detriment. Sometimes aggression is warranted, even necessary. Obama came prepared to have a Marquess of Queensbury style debate and when Romney turned into a shape shifter Obama froze. He froze because was offended at the BS strategy and any display of anger or assertiveness may have been perceived as unbecoming to the undecided.  It is also obvious Obama believes he’s above debating an intellectually disingenuous power seeker with no political soul. Of course he’s wrong about the need to debate.

While Romney was busy turning Big Bird and Jim Lehner into a three piece chicken dinner with biscuit Obama withdrew into a defensive shell.  He should have reminded Romney of who he said he was before the debate.  Was he surprised Romney was bold enough to roll out fresh lies this late in the campaign? He shouldn’t be. These guys are still using the Lee Atwater playbook which thanks to attrition, is less effective each election.  Because this outdated strategy is only really effective in the South they’ve progressed to voter registration. I guess it’s how they do job creation. 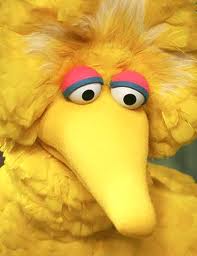 Obama will come off much better in the next debate. The town hall format will favor his style and Romney will be nervous in a room of regular people he can’t fire or tip. Even so the stakes are too high to depend on format or logic. Obama’s sorry debate team better prepare him for a street fight because courtesy and facts are useless in this environment.