Archive for the tag “Castro”

I love everything connected to San Francisco. I never thought that I would fall in love with a city but I have. The reasons why are a matter for another post. MILK is about Harvey Milk and gay rights, but it is also about San Francisco. 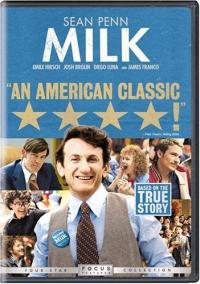 When I went to see MILK, I was visiting with family in Southern California. Part of the ritual is that my in-laws kindly take our children out to the latest Pixar movie, allowing my wife and I a rare date – usually a meal and movie.

Being still new to the US, I knew nothing about Harvey Milk or the history of the Gay Rights struggle in San Francisco. But the combination of Sean Penn + San Francisco = our night out.

For a basic synopsis, please see the review from Kathleen C. Fennessy on the movie’s Amazon.com page. Here is the first paragraph.

In 1972, Milk (Sean Penn) and his boyfriend, Scott (James Franco), move from New York to San Francisco. Milk opens a camera shop on the Castro. Though considered a safe haven for victims of discrimination, Milk sees enough injustices decide to enter politics. With each race he runs, Harvey’s relationship with Scott unravels further. As he begins to accrue victories, Milk takes on Proposition 6, which denies equal rights to homosexuals.

What draws me to the character of Milk is the fact that he was not a polished politician, groomed from birth as seems to be the case in so many present day leaders. He can be both intense and funny. He makes mistakes, listens, and takes on the ideas of others.

Moreover, he had the ability to inspire people to get involved in grass-roots activism. We observe Cleve Jones (Emile Hirsch), the ex-street hustler who created the NAMES Project AIDS Memorial. It is a different kind of leadership when you can empower others to take charge of their own lives and effect change. 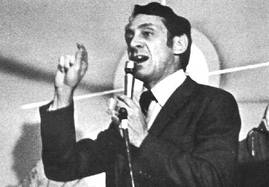 It was particularly poignant that MILK was released during the struggle for Proposition 8, California’s anti-gay marriage amendment. As Ms. Fennessy concludes: “Milk is inspirational in the best way: one person can and did make a difference, but the struggle is far from over.“

My wife and I watched MILK in Ventura. The couple sitting next to me had been there, faces in the crowd. Usually I can’t stand when someone talks during a movie, but there was something magical hearing their reminiscing.

There is a section in the movie where they show a map of California and the gradual election results of Prop 6. When the results were shown for Ventura County, a huge cheer went up around the movie theater.