Archive for the tag “boycott”

Last year 1.6 million cell phones were stolen nationally and 50% of all theft crimes in San Francisco are now related to cell phones. The proliferation of crime related to these smart gadgets is going through the roof and it’s a big headache for local law enforcement.

There is a way to thwart these techno-hooligans but the big smart phone manufacturers refuse to side with legal paying customers. Apple, Samsung and the others generate a good portion of their revenue from replacing stolen phones. Essentially, in the minds of these companies, crime pays. 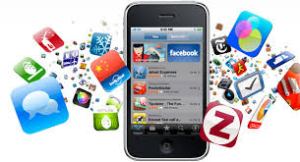 San Francisco District Attorney George Gascon recently met with some of the cell phone manufacturers and asked them to voluntarily put permanent kill features into the phone so when reported stolen they are rendered useless forever. The stolen phone market would fade away because who’s going to buy a dead useless phone. However, the manufacturers ignored the request effectively endorsing the illegal market.

Garcon has now partnered with New York Attorney General Eric Schneiderman and they are scheduled to meet with the smart phone companies again in mid-June. With mounting pressure, maybe this time the smart phone manufacturers will act responsibly and side with legal paying customers and not the criminals. If not, it’s time for us non-criminal smart phone users to take action.

If Apple, Samsung and others don’t act responsibly, we should boycott them by not purchasing smart phone APPS. So far in 2013, four to five billion APPS are downloaded monthly; now that could be a powerful vote!

Let’s help Garcon and Schneiderman significantly reduce smart phone crime. If the phone makers don’t want to play then we shouldn’t pay. Using our phones to text, tweet and run other social media tools, we could organize a “don’t buy APPS day” to send a message. After losing a few hundred million, they may get a clue.

Vote with your APPS dollars!