Archive for the tag “anti-Semitic”

I am writing this post on Rosh Hashanah, the Jewish New Year. It is a festive occasion, but I am having trouble getting in the mood, despite the beautiful service, music and wise words of our leaders.

Last week was a shitty week. While addressing a group of students on Friday night at Hillel (SF Jewish student center where I work), I found myself talking about the violent events that were still going on as I spoke.

We have enough to worry about in this world – overpopulation, global warming, violence, hunger, natural disasters… do we really need to intentionally add any?

That  a few people made a movie that they knew would be deeply offensive to a large group of the population is plain stupid. It is okay to be controversial if you have a point that needs to be made, but there are some lines that don’t get crossed.  Anyone associated with this movie and intentionally knew of its controversial nature have blood on their hands. I hope they are not sleeping at night.

I understand that many of those involved did not know what they were participating in. Here is a link to a statement made by actress, Anna Gurji on Neil Gaiman’s website (thanks to reader Christopher Wright).

It is natural to be angry when your religion has been deeply offended and to express that anger in demonstrations, but to take the steps needed to violently attack and kill a fellow person, innocent bystanders who are there to create bridges of understanding with your people, shows a woeful lack of comprehension of your own religion’s teachings. Where were the religious teachers teaching the sin of violence and murder? If religious men were leaving their mosques in an angry and violent mood, bent on murder, what were their Imams preaching? And if they were preaching peace, understanding and taking the higher moral road, why weren’t they being listened to?

Finally, the rumor, no – the lie – that this movie was produced and funded by Jews was not only baseless, but anti-Semitic. It traveled around the Internet at an intense speed, and took a long time to be disclaimed. It was too easy.

In times like this, John Lennon’s lyrics make sense, but it doesn’t have to be like this. I want to live in a world where we celebrate diversity and without everyone being the same. I want to celebrate Chanukah, and join my neighbors for Diwali, and my good friends around their Christmas tree, secure in my own religions identity. I want my Israeli-born son to continue sitting at the same school table with the Palestinian child, and I would prefer that child bring his own food to my son’s birthday party, rather than not come at all because his parents fear offending me.

Last week, Muslims were offended, Christians murdered, and Jews blamed. It is not a question of moving on: we must learn the lessons that have haunted and tainted all our histories.

There is no religious justification for hate, violence and murder.

Wishing everyone of all races and religions, a peaceful and hate-free new year.

When the whole circumcision debate and ballot issue surfaced, I was one of the first to dismiss those who claimed it as an anti-Semitic attack. There is something, a survival gene some might say, in the Jewish mind that has us immediately wondering if there is a threat to the Jewish people whenever something like this come up.

A number of Jewish community leaders came out and said that a fair debate leading to a ballot proposal was part of democracy. The American Defamation League (ADL) President did, however suggest that it could “provide fodder for anti-Semites,” Abraham H. Foxman said. “Not all opponents to circumcision are anti-Semitic, but most anti-Semites oppose circumcision,” which is a cornerstone of the Jewish (and Muslim belief).

But this has all changed when ‘Monster Mohel,’ a comic book which is one of two titles in the ‘Foreskin Man’ comic book series created by the Male Genital Mutilation Bill group pushing to make male circumcision illegal in San Francisco, was released.A Mohel is a the title for the person who conducts the ritual. 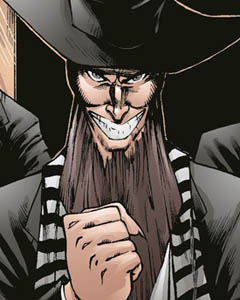 The comic books feature clearly “identifiably Orthodox Jewish characters as evil villains, [who are] ‘disrespectful and deeply offensive … This is an advocacy campaign taken to a new low,” according to the ADL statement. “No matter what one’s personal opinions of male circumcision, it is irresponsible to use stereotypical caricatures of religious Jews to promote the anti-circumcision agenda.”

Nancy J. Appel, ADL Associate Regional Director for the Bay Area said the book, which features identifiably Orthodox Jewish characters as evil villains, was “disrespectful and deeply offensive.” In an interview with Ha’aretz, the left-wing Israeli newspaper, she said:

“This is a sensitive, serious issue where good people can disagree and which the Jewish community feels is an assault on its values and traditions going back thousands of years and centered in the Hebrew Bible,”

“It is one thing to debate it, is another thing to degrade it. ‘Foreskin Man,’ with its grotesque anti-Semitic imagery and themes, reaches a new low and is disrespectful and deeply offensive,” she said, adding that ” Some of the imagery calls to mind age-old anti-Semitic canards such as the blood libel, the accusation that Jews ritually murder Christian children.”

Where have we seen such images before?

What is ironic is that by going to such low extremes, the Male Genital Mutilation Bill group has just moved the focus of the debate from the act itself to racism and bigotry. You blew it, guys. Seriously.

A couple of days ago I wrote about the controversy surrounding the new edition of Mark Twain’s The Adventure of Huckleberry Finn that has changed the N-word for slave.

I wrote that I wasn’t comfortable as it is not for a white person to decide how a person of color feels when they hear the word in the context of literature. I have been thinking about this ever since. Before I share my own thoughts, I want to give the floor to Suzanna La Rosa, co-founder and publisher of NewSouth Books. While admitting their offices have been flooded with negative e-mails and phone calls, she states:

“We didn’t undertake this lightly. If our publication fosters good discussion about how language affects learning and certainly the nature of censorship, then difficult as it is likely to be, it’s a good thing.” 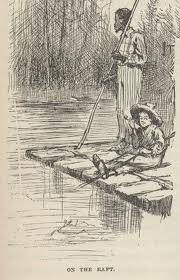 Others, however, have attacked the publishers for “censorship” and “political correctness,” or simply for the perceived sin of altering the words of a literary icon. The hefty “Autobiography of Mark Twain,” published last year, has become a best seller.

English teachers have also expressed their objection to the idea of cleaning up the novel. Elizabeth Absher, an English teacher at South Mountain High School in Arizona, says:

“I’m not offended by anything in ‘Huck Finn.’ I am a big fan of Mark Twain, and I hear a lot worse in the hallway in front of my class.”

Ms. Absher does not teach ‘Huck Finn’ because it is a long book. She does, however teach many of  Twain’s short stories and makes “Huck Finn” available for students.

“I think authors’ language should be left alone,” she said. “If it’s too offensive, it doesn’t belong in school, but if it expresses the way people felt about race or slavery in the context of their time, that’s something I’d talk about in teaching it.” 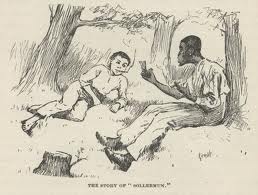 In another New York Times editorial, That’s Not Twain, the opinion was made very clear.

“When “Huckleberry Finn” was published, Mark Twain appended a note on his effort to reproduce “painstakingly” the dialects in the book, including several backwoods dialects and “the Missouri negro dialect.” What makes “Huckleberry Finn” so important in American literature isn’t just the story, it’s the richness, the detail, the unprecedented accuracy of its spoken language. There is no way to “clean up” Twain without doing irreparable harm to the truth of his work.”

I am not going into the sanctity of literature or the censorship of authors. There is plenty of such reactions on the blogosphere. But, in my previous post, I wrote about how as a white person and even as a Jew, I felt this was for African-Americans to decide. If I am offending them by reading such words and having our children read them.

This is what has been on my mind. As a Jew, I resent when people use the word Holocaust freely. I believe it cheapens what the Nazis did to my people. I think where anti-Semitic words are used in a historical context, I want them to remain so. When my son heard the N-word being used in the audio book I was listening to, he challenged me. What came out of that was a discussion of slavery, of racism, and of the way we can hurt people by using offensive words.

If literature can facilitate such discussions and empower a greater understanding of slavery and racism, I think I side with those who want the N-word left in Twain’s work. Nothing will come out of burying our sins. We need to face them, admit to them, and ensure they will never happen again.
——————————————————————————————————