Archive for the tag “anti-gun advocates”

Gun Control – It is about control. Glen Beck

I have been accused, ironically only around the gun control issue, that I do not share the “other side.” Perhaps. I have never really felt a need to give a platform to those who don’t agree with me beyond their freedom-of-speech right and I have never deleted a comment unless it was abusive.

But Glen Beck has me thinking. In his new book, Mr. Beck states that gun control is not about safety, common sense or saving American lives. In his opinion it is about “control.” He was preparing his book (he has gathered many other people’s work) when the tragic Sandy Hook shooting occurred and rushed to publish the book. I realize this was a marketing opportunity, riding the wave of a story no matter how tragic it was, but it leaves a sour taste. I suppose such an event never stopped those of us who support gun control from jumping straight onto the bandwagon, so why not the gun extremists?

While Mr. Beck tries to dispel claims that anti-gun advocates with study after study – and we are all know you can find statistics to support other views – the crucial part for me is the issue of control.

For the record, his main attacks are on the premise that more guns means more crime, and that strict gun control in other countries have not worked. He sums them up in this You Tube clip:

He is wrong. Preventing mass shootings at a school or university is about saving lives, plain and simple. But, I concede, control is a part of it. I want to control who can get their hands on firearms. I have no problem with Mr. or Ms. law-abiding, America citizen, having a gun in their house to protect their family.

But I want to keep guns away from criminals and people with mental issues. I want to make it as hard as possible for criminals to have access to firearms.

And I want to turn the question back to you, sir. When people talk of an armed militia, when they feel a need to stockpile, and to have automatic weapons are they not harboring sinister desires for control? When a person refuses to accept that the police are the trained professionals who must keep order on the streets, are they not willing to yield control?

It is about control, Mr. Beck, and that control works both ways. I want control in the hands of a democratic and open government  responsible for the safety of its people. I don’t want a lone wolf, political extremist, or sick individual, who has the control over the life and death of another individual.

That sir, as I am sure the vast majority of your target audience would agree, remains in the hands of God.

Final Note: Agree? Disagree? Please feel free to leave a comment below, but note any abusive comments directed at me or Mr. Beck will be deleted. I respect his right to voice his opinion and stand on my own to respond. Please join us for an honest  debate. 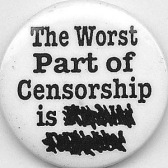