Archive for the tag “American Revolution”

The following iconic phrases are no longer valid.

“…Governments are instituted among Men, deriving their just powers from the consent of the governed…”, Declaration of Independence. 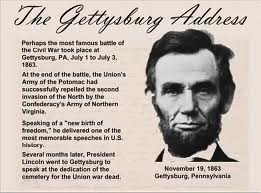 It is painfully clear to half the American population that we are now governed by corporations.

Yes, we can still vote but our political choice ultimately goes to the one who can buy the most media sound bites via funds received from corporations, political action committees, and the rich. When the chosen ascend to their thrones, the big funders get their rewards and we, the people, are forgotten.

The American Middle-Class is becoming a thing of the past. Men, women and children are suffering. With all the hurt and pain inflicted on Main Street by the irresponsible actions of Wall Street and the Big Banks, conservative politicians are still accelerating the transfer of our remaining wealth to the rich and big corporations by providing them with unprecedented lower tax rates and loop-holes.

Options to stop Middle-Class genocide are limited. The law no longer sides with real people due to recent decision by the conservative members of the Supreme Court. Artificial persons (corporations) have been granted the same rights as real people. These recent decisions have, essentially, created a super artificial person with constitutional rights, big influential corporate wealth and the players behind these corporations have the added bonus of being protected against legal action.

Out of options and desperate, Americans may be forced into a second revolution. 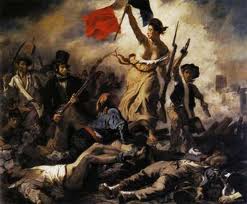 Listening to the political sound bites of the day, I wondered what an American Revolution 2.0 would be like. Then it hit me, this would be a very bloody affair. This would be American against American. Upon further thought, I realize a new revolution would be unlike the original war against the British and more like the French and Russian revolutions where the desperate targeted the wealthy ruling class.

I’m inclined to believe that a real and bloody revolution is unlikely but the escalating chatter on social media is worrisome.

Big time CEOs, Wall Street executives and their political cronies may want to think long and hard before driving the stake further into the heart of Main Street America.

Who would be first in line to face the guillotine? 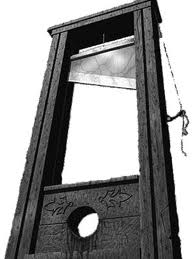 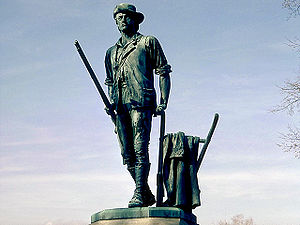 Ralph Waldo Emerson wrote “Concord Hymn” in 1836 for a dedication in Concord, Massachusetts to honor the men who gave their lives at the Battle of Lexington and Concord (April 19, 1775), the first battle of the American Revolution.

Travel left 3,000 miles to a spot just outside the glamour of San Francisco Bay. Here sits Concord CA, a small working class city at the weathered heels of Mt Diablo and flanked to the north by the bay’s brackish waters that glow in the dull flames of oil refining. At its southern flank rests the plastic town of Walnut Creek packed with brand-o-phile stores doing their part to fuel the debtor-nation. 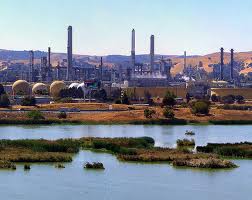 Step forward to the year 2065, an author is honoring a movement and the date of December 21, 2012 with a poem. Much like the village of Concord MA on the outskirts of Boston, the non-descript city of Concord CA, would eventually become known as the marker of Economic Revolution.

The year 2011 was rough on the middleclass and the future didn’t look bright. In early 2012 the economy was still stagnant, China and India were consuming more energy and US gas prices hovered around $6 per gallon. Thirty years after Reagan devastated energy policies the country still had no cohesive plan. Because 2012 was an election year, Republicans were continuing the transfer of wealth to the upper-class and Big Business. The outlook for the common man was bleak.

A small group of frustrated citizens gathered and outlined a socially-just plan that would improve the living standards for all Concordians; the plan was published on the Mayan Time of Transition, December 21, 2012. The plan had a one-two punch with the first hitting immediately and the second coming about ten years later. For the initial phase, the group endorsed the Transition Town movement that focused on local economies and sustainability. 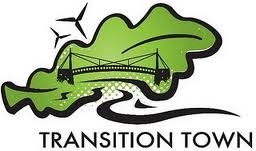 Within ten short years the city was completely transformed:

1)      There was an excess in local organic vegetable and protein food production.

3)      90% of suburban polluting lawns were converted to edible gardens.

5)      Rooftops were retrofitted for algae production and then harvested for liquid energy conversion. The city became a green oil producer.

6)      There were no food deserts in any part of the city, fresh food was available within a five minute walk, children and adults enjoyed real food and obesity was below 15%.

7)      The environment was being regenerated and the city was carbon negative.

But the citizens weren’t satisfied. They knew their Garden of Eden was in danger. Sustainability and a happy healthy society are the enemy of Big Business and financial institutions that need an ever-expanding debtor economy to survive. The evil empires and their crony politicians would be coming.

By now the Transition Movement was sweeping the nation. It was time to release the final punch; the knockout punch that would put Big Business on the canvas where it belongs, supporting citizens and not controlling them. On January 1, 2023 most Concord citizens stopped paying loan obligations for homes and cars. They used social media to encourage the nation to do the same. Banks, Wall Street and insurance were crippled—the robber barons were forced to act responsible for the first time since the early1980s. The redistribution of wealth–back to the middleclass–had begun.