There’s been a lot of news about Bitcoins and their success as a currency over the past several months. Prior to recent news, I wouldn’t even have known about them if it wasn’t for a friend that is really in to the digital mining of these coins.

This geeky digital money has gotten my mind churning about creating another currency that could parallel the dollar but would be a FAIR currency for main street working-class peoples. With the success and high public interest in the Bitcoin, it does seem likely that the creation of other useable forms of currency is possibly. 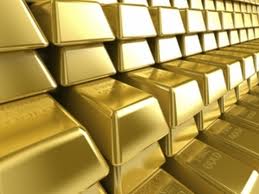 It’s a worthy experiment to emulate, where appropriate, the implementation of the Bitcoin but this proposed new currency would be based on a basic human necessity instead of a precious metal like gold or a fiat currency ,such as, the US Dollar which is tied to the whims of the Federal Reserve and Wall Street Banks. For the purpose of this discussion, let’s call this new currency a FAIR. I would suggest the FAIR be based on food and more specifically, a fast and easily grown food such as lettuce. Again, food is needed by all so it is inherently precious.

Through the centuries, kings, warlords and religious leaders accumulated ornate elements to show proof of their powerful position. Over time, one of the elements – gold – would become the standard for commercial transactions. Until the 1970s, regional currencies were proportionally tied to gold; for example, the US Dollar was worth about 1/20th of an ounce and the Sterling Pound was equivalent to ¼ ounce. Here’s the point: today’s currencies are rooted in an ornate metal hoarded and controlled by the rich and powerful which has little to no life-sustaining value.

A currency tied to food has real value. It would solve many problems including hunger, obesity, wealth disparity, global warming and other aspects of an ailing society. Over the next several weeks I will justify the benefits of a food based currency, discuss implementation and earning participation.