Everybody seems thrilled that housing prices are rising again. Yippy! We’re all going to get to pay more for rent or a mortgage! Yay! 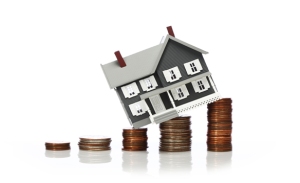 Let’s say you own a 3-bedroom house and your company moves you to another, comparable city. You sell your house for $400,000. Well, then you buy a comparable house in your new city for, guess how much? $400,000.

What if you initially paid only $300,000 for your house? So what? That “profit” of $100,000 is going straight into the price of your new house. The only advantage is that you’ll be able to put a bigger down-payment on the new house… that is, assuming you didn’t take out a second mortgage. Assuming that you still need to live somewhere, rising prices won’t really help you.

Anyway, rising prices are mostly due to an illusion.

One reason is that people have been hanging on their houses and condominiums (condominia?), renting them out instead of selling them because they are dissatisfied with current prices. Another is that investors (both human and corporate) are buying up houses while prices are low.

The third reason is the one that makes me angry. A close friend of mine figured out what people aren’t supposed to know – how to see the list of houses that could and should be on the market, but are being mysteriously held back by the banks. She bought a house that had been a “short sale.” Despite what it sounds like, this does not mean a “quick” sale, but that it was sold back to the bank for a price below what was owed on it’s mortgage. 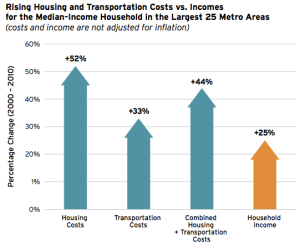 But this house wasn’t on the real-estate listings. There was no “For Sale” sign in the front yard. It was simply being held in limbo by the bank. It was an incredible pain in the ass for her to buy this house, as well. The bank just didn’t really want to sell it – they delayed and delayed. And before she settled on this house to make an attempt to buy, she found lots of these “secret” houses – houses that should have been for sale, but weren’t.

Why do banks do this? Two reasons… First, they simply want to wait, like private homeowners and investors, for prices to go up, before they sell. But they also low inventories of houses. That makes the prices go up, so that any houses they own, they can sell for more.

Banks, thanks to their foreclosure fetish, have the power to make inventory levels lower than they really should be. They artificially control them. Does this strike you as just slightly unethical? Gosh, aren’t you just so sensitive and judgemental!

But besides little issues like logic and ethics, rising home prices just make things really difficult for those of us who don’t own one. It will be pretty much impossible for my wife and I to ever buy a home in the Bay Area. I can’t see how we could ever afford it. Heck, it will be pretty much impossible for us to buy a house in Detroit. And many, many renters are in the same boat. Rising housing prices shut many of us out. Many of us couldn’t possibly put together a big enough down payment and our rents and other living expenses keep rising, keeping us from saving up any money.

It’s interesting that the news media also (VERY briefly) have talked about how tough it is that people now have to spend almost 50% of their income on housing. But then they forget about that fact and go back to the usual housing-price-cheerleading. Whose side are they on? Evidently housing developers’.