I grew up in a rough area of London during a time when there was a lot of racism on the streets. It was the 1970’s and the British Nationalist Party (then the National Front) were becoming too popular. I learned to be constantly aware of where I was walking, never wearing headphones (we had walkmans then), never going on the top of a double-decker bus, watching for alleys and dark driveways etc.

It was a stage that I am glad I have passed through (I still cross the road if I see a group of white men with short hair or shaved heads), but half our population doesn’t get that opportunity.

A female friend of mine, young and attractive, with long blond hair, said these words a few weeks back that are still haunting me: Every woman imagines her own rape. She was quoting someone else, but I could only think of those women I know and love.

When she had moved to the city, her mother had urged her to cut her beautiful hair short, warned her never to wear flip-flops (the attacker can step on them from behind and trip you), and brought her pepper spray.

When my wife began working at a clinic in a rough area and needed to lock up in the dark and walk to her car in a deserted car park, I bought the best pepper spray I could find. I was probably more scared than she was, but it was an insight into what goes through every woman’s head. 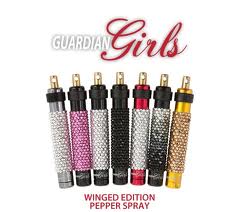 We live in a country where we believe we are free. The question is, are we truly free, when half of our population needs to continually look over their shoulder?

Alon Shalev writes social justice-themed novels and YA epic fantasy. He swears there is a connection. His latest books include: Unwanted Heroes and the 2013 Eric Hoffer Book Award for YA – At The Walls Of Galbrieth. Alon tweets at @alonshalevsf and @elfwriter. For more about the author, check out his website.