I had the honor to meet world recognized Hip-Hop artist, Emmanuel Jal, at the Association for Professional Fundraisers conference last week. Jal is from South Sudan and was taken and trained as a child soldier. His father joined the Sudan People’s Liberation Army (SPLA) and, when he was about seven years old, soldiers loyal to the government killed his mother.

A number of boys decided to try and escape and in their three month trek he saw many of his friends die. A British aid worker, Emma McCune rescued him. Jal was 11 years old then and McCune adopted him and smuggled him to Kenya, where Emmanuel attended school in Nairobi. McCune died in a road accident a few months later, but her friends (Madeliene Bunting and Anna Ledgard) helped Emmanuel to continue his studies. However, after McCune died, her husband Machar did not allow Emmanuel to stay with him, and the boy was forced to live in the slums. 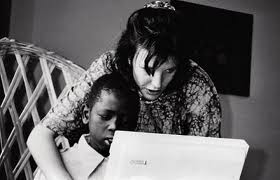 Jal explained how he discovered music, how it became a refuge, a way to process and express what he had gone through and as a powerful tool for both the spiritual and political.

Today he is a famous Hip-Hop artist, known around the world. But he has never forgotten his past and is a tireless ambassador and activist for social justice and human rights. He broadcasts his message of peace and equality through his music and through various NGOs he has founded and involved himself with.

I chose to show this tribute that Emmanuel wrote in memory of Emma McCune, and preferred a live version over the studio one, even though the quality is not great. But it shows his energy and presence.

And he had 4,000 people at my conference (the majority, I am guessing not into Hip Hop) on their feet answering his call for peace. Emmanuel Jal has every right to be bitter and cynical. Instead he is a visionary: “I’m a war child / I believe I’ve survived for a reason / To tell my story, to touch lives.”