May You Have a Peaceful Christmas – Tom Rossi 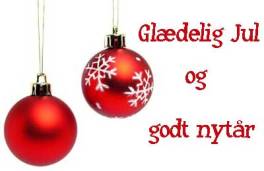 Whether you believe that Jesus was the son of God or not, or whether you think that God even exists or not, or wonder if He has a form not described well at all by our religious dogmata (my own head has been full of blasphemous questions on these subjects since I was 5), I think it’s hard not to agree that Jesus had some pretty good things to say.

Today, we celebrate the birthday of that ancestral hippie who has had so much effect on our world. One of the many things that has made me admire him quite a bit was his, let’s just call it “advocacy,” for peace at various scales.

On the website christiansforpeace.org is their statement: “It is inconceivable that Jesus would support war.” This is followed by several Bible citations which support the general idea that Jesus was a man of peace, and wanted us all to be, as well.

I’m not really a hardcore pacifist. As I’ve written before, I think that military action is necessary when someone like Adolf Hitler is wreaking havoc on an entire continent. I also think there is nothing wrong with defending yourself or another person against an attacker.

Even this might be inconsistent with the teachings of Jesus Christ, but might line up OK with the part that matches part of the Hippocratic Oath: First, do no harm.

I don’t want to get all preachy, here, about the hypocrisy of Christians who favor bombing people in faraway lands or executing criminals, but I ask all of you out there – please let today be a day where peace lives in your hearts.

Merry Christmas. And to all of you out there who celebrate some other holiday, my most sincere best wishes for the holiday season.

“And suddenly there was with the angel a multitude of the heavenly host praising God and saying: ‘Glory to God in the highest, and on earth peace, goodwill toward men!'” (Luke 2:13, 14).

2 thoughts on “May You Have a Peaceful Christmas – Tom Rossi”