Isn’t it a good idea to reduce the size of government? Well, I need to lose some weight. Maybe I’ll cut of an arm or a leg.

Think I’m exaggerating? The Republican dream is worse than cutting off your arm to lose weight. It’s more like cutting out half your liver, one of your lungs, and most of your small intestine. Half your brain must already have been cut out if you think this is a good idea.

Republicans want to cut the bread and butter of the majority of America’s citizens. They want to cut education, social services of many kinds, including services to disabled people, public safety, public transportation, food inspection, and environmental regulation. Some of these are actual sources of many people’s livelihoods, and others protect lives or livelihoods.

But worst of all, and so obviously, politically stupid as to amount to political suicide, is that Republicans want to cut Social Security (and/or privatize it) and Medicare. This would stab a large, jagged, rusty sword into the hearts of Republicans chief constituency: our growing population of those near or past the so-called “retirement age.” 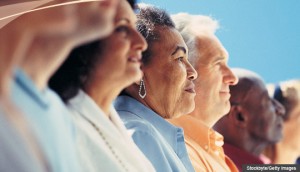 This group has largely supported the Republican party over the past several decades based on social issues: opposition to abortion, gay rights, etc. And, to some degree, this constituency has gone along with the ideas of personal responsibility, as opposed to having a government safety net to keep you from falling down the elevator shaft if you make the wrong choices. But cutting the sources of income and health-care for the top third of our demographic might be just the shock that would shake these voters loose.

It would be done on the promise that the United States would return to general prosperity if we just set free the incentives of huge, almost tax-free profits, while eliminating those annoying health, safety, and environmental regulations that are surely what are holding our economy back. The idea must be that the children of this age bracket would become so wealthy, with their shiny new corporate jobs that they would be able to buy houses, groceries, and box CD sets of the Beach Boys for their parents. 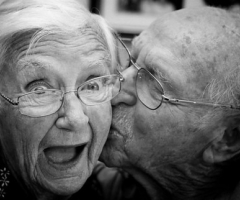 Even if the theory were to magically work out, there would be a long lag time between dropping tax rates on the wealthy (even more), deregulating, and any theoretical benefits to the middle class. That lag time would be years, at a minimum. But, really, it would be eternal.

Let’s get real. If incomes are cut and/or costs for things like health care were to go up, a thing economists call “aggregate demand” would fall. In plain English, that means that people would have less available money to buy things. If they buy less, profits go down, not up. That means, according to conventional thinking, that they would hire fewer people, and maybe fire a few. That means that if you’re counting on sonny boy (or, uh, daughtery girl?) to finance your retirement, he’d have to prioritize that over replacing his kids’ shoes at least once a year.

There is certainly waste in our government which could and should be sought out and reduced as much as possible. But this ideology of cutting down the forests with machetes will do much more harm than good. We have been going down that path, farther and farther, for the past 40 years… and things have gotten worse or stayed flat for the middle class, while the very wealthy have raked in the cash and the improvements in standard of living.

We have to return to a reasonable balance in our country. Cutting off a limb is no way to achieve balance. 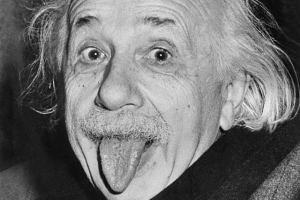