Is Justice Roberts a Friend to Health Care? – Tom Rossi

Writers, pundits, television reporters, everyone in any kind of media, even those thought of as “liberal,” have all taken Justice John Roberts’ apparent break from the conservative cabal on the Supreme Court at face value. I’m shocked at the lack of conspiracy theories on this and, frankly, I’m bored.

The term “conspiracy theory” is used to instantly discredit an idea by ridiculing it as crackpot-ish. America is in love with the image of the lone, crazed individual, just like it’s in love with rugged individualism. 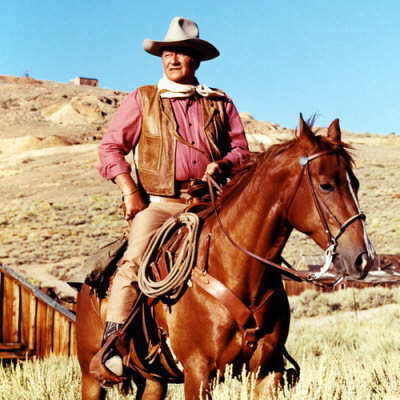 And we would love to think that Justice Roberts somehow and suddenly saw the light of reason, that he realized the importance of health care availability or, as Robert Reich said, the importance of the court’s public image. But Citizens United and Justice Alito’s subsequent mouthed denial of any reversal of precedent (at President Obama’s State of the Union Address) make those explanations seem unlikely.

There has been plenty of evidence that Justice Roberts and the other, even more hard-line right-wing ideologues on the Supreme Court bench have taken their marching orders from conservative strategists. In the Citizens United decision, the conservative members of the court took the opportunity to form a new doctrine that far overreached the case that had been presented to it.

Let me be clear about Citizens United and the Supreme Court – the aggravating thing wasn’t so much that the court found for what I or “liberals” would consider the “wrong side.” It was that the conservative wing of the court took a very narrow case with specific issues, and generalized the ruling in an expansive and even illogical way. It was as if they were called upon to rule on whether a runner had beaten the throw to first base and was therefore safe, but they also ruled that umpires could fly kites during the game and that the fans could wear blue on Tuesdays but not Wednesdays.

There is really no explanation for this other than that these justices were granting an unpublished (but obvious) corporate “wish list.” And even though I’ve semi-conflated “conservatives” and corporations, this, along with the outrage of everyday, non-super-wealthy conservatives, showed exactly who or what was being served.

The following method is somewhat teleological, but let’s try to figure out how such a strategy would best be implemented in this case. It wouldn’t be shrewd to have all the conservative justices side with the legitimacy of Obamacare, that would give it real credibility. Much better to have one wildcat, one rogue justice who split, leaving conservatives in their cherished victim role.

And, in fact, it was Justice Roberts who was to write the majority opinion for this case. How different might it have been if Justice Sotomayor had written it? Or Justice Breyer? Roberts allowed the central principle of Obamacare to stand, the individual mandate, by calling it that dirtiest of words… a tax. In fact, he implied that it was a tax used as a punishment. 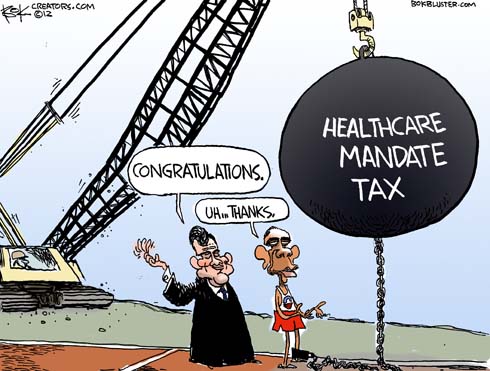 Within minutes, the Republicans, Senators, Representatives, governors, and the rare Republican bathroom attendants were crying: “Tax!” “Tax on the middle class!” I can’t say if this was prepared before-hand, or if it was deliberately orchestrated, but it was like the freakin’ Mormon Tabernacle Choir – perfect unison.

I don’t know what really happened inside or outside Justice Roberts’ round little head, but given what he and his court have done so far – followed an astonishingly blatant, conservative activist agenda while decimating the rule of law, I’m suspicious.