We, the believers, need to embrace global warming; we need to wrap our arms around it and give it a big hug.  It’s here to stay.  We should no longer waste time on climate deniers in hopes of creating a cooperative effort to reduce the activities that are causing the change. 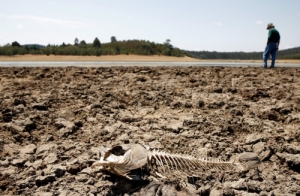 The deniers are obstructionists that fall in to two categories.  Group One subscribes to an authoritarian ideology and follows the rhetoric of the second group without question.  Group Two deniers are the leaders and the devious ones.  They are corporate-hired guns typically from the political and special-interest arena on a mission to spread fear, uncertainty and doubt – or what we call FUD in the business world.

FUD is a powerful tactic when your audience is an authoritarian-minded followship that doesn’t use intellectual reasoning.  This is why Republican leaders started using FUD twenty years ago; it’s a perfect vice for the members of their party.

It’s important to understand that deniers are a strong coalition of obstructionists not wanting to engage in any activity which is disruptive to the current power structure.  It is not in the best interest of the corporations to endorse environmentally friendly regulations or innovative technologies that could substitute and obsolete their market position.

The current power base controls most of the world’s wealth.  They own the politicians, a majority of the Supreme Court Justices, and have an army of drones.  They can not be beaten so let’s not waste our time.

A warmer planet and the activities that are creating it are here to stay.  We need to spend our intellectual energy creating an economy that allows us to survive and prosper in the chaos of a warmer world.

Endorse the reality – we need to adapt.  Extinction is the alternative.