I have been following the Republican primaries with righteous indignation, just the ticket on the commute to work over the fog-hugging Bay Bridge. Today (Wednesday at the time of writing), Mitt Romney is confident that, despite losses in key states to Rick Santorum, he will win the primaries, because he has the money to buy TV ads.

Really? Not because he attracts the party faithful through his stirring speeches, articulate exposition of policy, his vision and personal principles?

But this seems to be a glimpse of the future political landscape, where money rather than grassroots support, will decide who rises (or floats) to the top.

Those of us on the moral left will point out that our candidate won the elections against considerable odds by rallying hundreds of thousands of people to donate $25, a meaningful contribution for many. We rallied on street corners, in town hall meetings, and across the Internet.

So I am rather upset to hear that President Obama has sanctioned the forming of a Super PAC – Priorities USA Action. Campaign Manager, Jim Messina essentially told us that the President doesn’t like flip-flopping like this, but has to be realistic and anticipate the media assault waiting for him when the real election campaigning begins. 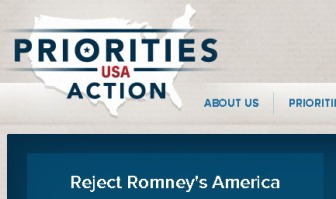 I know that there is a mixed reaction among the faithful. Many are relieved that reality has kicked in before it is too late. Better to accept the future scenario now and do what must be done to ensure four more years.

But other, myself included, have sighed deeply. Did it really have to be this way? Can we not have the courage of our convictions to believe that we will win because our message is right, our vision in tune with what needs to happen, and that Americans are smart enough to treat this like a general election and not a reality show.

Matea Gold and Melanie Mason, have written a great article in the LA Times: Obama’s embrace of ‘super PAC’ will test his base of donors. Worth the read.

I stand as one of the disappointed, but it won’t stop my commitment to reelecting President Obama. I know what the alternative is (whether Romney, Santorum, Paul or Gingrich), and I begrudgingly know how they can win. 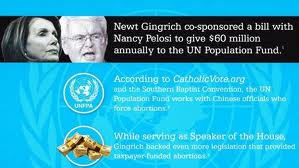 I remain stunned that so many people, only a few months into President Obama’s first term, were actually blaming him for the state of the economy, as though none of the economic carnage and greedy abuse happened prior to his election.

Super PACs have no place in politics. They should remain on the Comedy Central where they belong.