Two weeks ago, Warren Buffett who has gone on record as saying that he feels the top 1% are not being taxed enough, issued a challenge in a Time Magazine interview. Buffett pledged to match any voluntary contributions made by Republican members of Congress, aimed at reducing the deficit. He even offered to go three for one with Senate Minority Leader Mitch McConnell.

Warren Buffett - a man of principle.

Mr. Buffett is keeping good to his word and will write a check to the US Treasury for just over $49,000 to match Scott Rigell’s voluntary contributions for both years.

In a letter to Rep. Rigell released by Berkshire Hathaway, Buffett writes he’s “particularly impressed that you took this action before my challenge.”

Rigell reciprocated in the lovefest by saying: “Though we differ on tax policy, as fellow Americans and businessmen I know that we share this common bond: a deep concern over the state and trajectory of our country’s finances.” 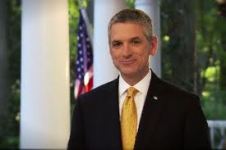 Mr. Buffett then went on to challenge Republicans and Democrats to spark an intramural war of contributions. Whilst I won’t hold my breath on this, I do want to honor both Mr. Buffett and Rep. Rigell, who have set an example to the rest of the 1%. Gentlemen, as a member of the 99%, I appreciate it.

If there isn’t enough good vibes going around with this story, Rep. Rigell in his letter to Mr. Buffett, offered to provide paperwork showing his contribution. Mr. Buffett responded: “Your word is good with me.”

Gosh, stories like this are so depressing. They fill you with hope until you open the newspaper in the morning. Such a long way to fall.