Operation Burning Man (a.k.a. OBM) has no connection to the week long event in the Nevada desert that celebrates radical self-expression and self-reliance. OBM is a newly proposed theory that provides an alternative explanation for global warming.

Until recently, the few remaining climate change deniers claimed global warming was not really happening. Faced with overwhelming data these deniers are starting to acknowledge that the Earth’s temperature is increasing. Even a scientific denier hired by the Koch Brothers is changing his tune. However, the deniers are holding firm to the notion that man is not the cause of climate change. The denying has shifted from “global warming is not occurring” to “man is not causing global warming”. 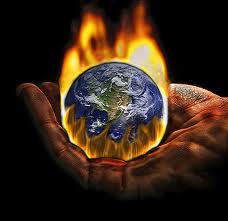 The new OBM theory is presented because all other crutches used by the deniers have scientifically fallen apart. One crutch claimed the rising temperature was caused by the Earth’s precession, orbit, tilt and wobble but these do not correlate with the warming. Another claim falsely accused real scientists of creating fake data. A common statement made by deniers is Mars and Pluto have increasing temperatures and Earth is just doing the same thing. However, Kindergarten-science can easily explain the environmental changes on Mars and Pluto which have no relevance to changes on Earth. Pluto has an elliptical orbit and recently had a near Sun flyby so it will continue to warm for a few more years before cooling again. Periodically, Mars has huge dust storms and its atmosphere heats dramatically while the surface cools. Deniers cherry pick the data to claim a rise in temperature but it is just as correct to claim the opposite if you’re examining the Martian surface.

With all denier crutches debunked, the new OBM theory was developed. Aliens are using a large lens to focus the radiation from a distant star onto Earth to warm it.  This experiment is similar to a young boy using a magnifying glass to burn ants on the sidewalk (click for video). It is speculated that this is an alien military experiment, hence the name Operation Burning Man which is similar to the naming convention used by the U.S. military (e.g. Operation Desert Storm and Operation Shock and Awe). The purpose of this alien experiment is unknown but the deniers are currently putting the question to their Magic 8 Ball so a convoluted answer should soon be delivered by a Mermaid riding a Golden Unicorn.

The deniers have also given new life to an old motto…Truth is Stranger than Fiction! 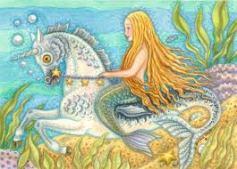