The Power of Paolini – Thank You Christopher

Last week, Christopher Paolini released the fourth book in the Inheritance Trilogy (sorry Christopher – even though we (fantasy readers) are all thrilled there are another 800 pages of Eragon, we all remember the moment somewhere in the third book when we realized it was not going to end here. 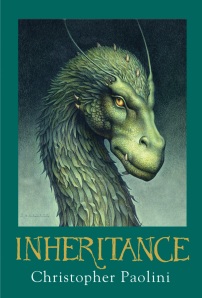 Our copy of Inheritance arrived in the next couple of days and my 12-year-old is devouring it, hopefully passing it on to me to read during the Thanksgiving vacation. The Inheritance series has been a wonderful bonding experience. Whether it is Harry Potter to Eragon (or most likely both) who are responsible for his leap in reading ability and desire is immaterial, I am eternally grateful to both Paolini and J.K. Rowling.

My son and I spent endless hours reading the books, listening to the audio version, watching the (only!!!!) movie, and discussing how it will end in Brisingr, the third and not final book of the trilogy, and then doing the same for Inheritance.

When Paolini released Brisingr, my then 10-year-old stood defiantly at the front of the line in our local Borders, literally falling asleep on his feet as the clock approached midnight. I remember the lady who was working there, encouraging him to stay awake and hang on. At exactly midnight, she put a copy that she had hidden under the counter into his hands and whispered that he should buy that very copy. It was the only book in the store that Christopher Paolini had personally signed.

Five minutes later, my son was fast asleep in the car clutching his autographed copy by his hero who was barely ten years older than him.

Paolini has proved a number of important points:

1. The young generation will read 400-page novels if the material is gripping enough.

2. They will read rich descriptions, convoluted plots, and identify with characters that are deep, vulnerable, and profoundly human (or elf or dwarf).

3.  They will thrive on a high level of language.

4. Tolkien might still be king, but he has good company. Paolini is young. His level of craft is only going to improve and that is an exciting prospect. 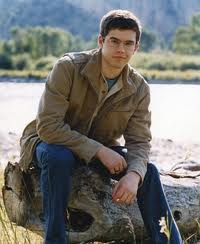 Two years later, my son and I wrote our first 90,000-word fantasy novel. The seeds were sown in the land of Alagaesia, on the wings of dragons, and in the art of an incredibly talented young man

As the excitement grew for my eldest son and I as the release date for Inheritance neared, my youngest son, eight-years-old, has quietly read more than 250 pages of Eragon.

So Christopher, if by any chance you ever read this: Thank you, as a reader, a fan, and a father.

Alon Shalev is the author of The Accidental Activist and A Gardener’s Tale. He is the Executive Director of the San Francisco Hillel Foundation, a non-profit that provides spiritual and social justice opportunities to Jewish students in the Bay Area. More on Alon Shalev at http://www.alonshalev.com/ and on Twitter (#alonshalevsf).