Troy Davis was arrested and convicted of murder of police officer Mark MacPhail in Savannah, Georgia, on August 19, 1989. Officer MacPhail was working as a Burger King security guard and intervened to defend a man being assaulted in a nearby parking lot. Two weeks ago, Davis was executed for his crime.

Davis maintained that he was innocent from the very beginning and several witnesses recanted their testimony and the murder weapon was never found. A fuller account of the trial can be found here but what is clear is that there was a full process and many opportunities along the way for the death sentence to be commuted. But it wasn’t. Here is another account of the trial from a perspective that Davis was indeed guilty. 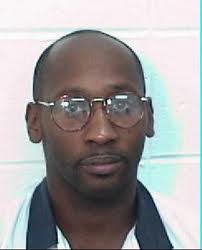 I am surprised to find that, among my largely liberal friends, the jury is also out about the death penalty. The few people I know who have someone close to them been a victim of violent crime seem to favor keeping it. The further right we go, the more we are reminded that it costs millions of dollars to keep someone alive on death row and they get better medical and dental help than our war veterans.

One of the most powerful experiences that I had during my annual trips with students to help rebuild the Gulf Coast was a meeting with two men who sat on death row for 20+ years and were exonerated. They have a long list of men who were executed who’s guilt was in question and for whom the advances of DNA technology might also have proved their innocence. There is an organization called the Innocence Project that I wrote about a few months ago, who work with exonerees.

It seems that when a person takes another life and admits to the crime that the death penalty has its place, but when there is doubt, I fail to understand how we continue to take the person’s life.