Let’s put the serious blogging aside and make some smiles. Today I want to poke fun at conservative politicians by anagramming their names.

Warning, these anagrams may not be politically correct and some may be a little crude!

Anagram: “Michele Bachmann” becomes “A Calm Bi-Henchmen”. Ironic since she and her husband believe a gay can be prayed straight.

Hench-men: n., a person who supports a political figure chiefly out of selfish interests.

Anagram: “George W. Bush” becomes “Whose Bugger”. The story goes something like this; Little George got caught stealing funds from the church’s collection plate so the preacher held him up by the collar and asked the congregation, “whose bugger?” George’s mother, Barbara Bush, was too embarrassed to claim her own son.

Anagram 2: “Ronald Reagan” becomes “A Granola Nerd”. The President probably didn’t eat granola but his son, Ron Reagan, may have while practicing ballet.

Anagram: “James Rick Perry” becomes “Scary Prime Jerk”. Rick Perry ignores the separation of church and state, and brings religious prejudice to politics. It is a scary thought that this prime jerk could become president.

Anagram 2: “Rep. John Boehner” becomes “Be Her Prone John”. What a pimp says to his hooker’s client, “lie down and be her prone john”.

Anagram: “Scott Walker” becomes “We Lost Track”. Before flushing him to Hell, Saint Peter asked Gov Walker, “why did you suck up to Big Biz instead of protecting the people of Wisconsin?” A slobbering Walker cried, “we lost track of our constitutional duty.” 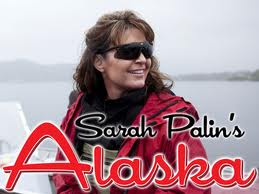 Anagram 2: “Sarah Palin” becomes “A Plain Rash”. A plain rash is what many Americans get when Sarah speaks.

The “Tea Party Nation” anagram is descriptively on target and a perfect closing to this post. They truly are a senseless addlebrained movement.