U.S. Constitution – Article 3 Section 3, Treason against the United States, shall consist only in levying War against them, or in adhering to their Enemies, giving them Aid and Comfort. No Person shall be convicted of Treason unless on the Testimony of two Witnesses to the same overt Act, or on Confession in open Court.

(Canter and Boehner from Getty Images)

July 27, 2011, Speaker of the House, John Boehner, admitted that many members of his caucus want to create economic chaos by not approving a new debt ceiling limit. He unwittingly said this on Laura Ingraham’s conservative radio program.

Raising the Debt Ceiling to allow our country to pay its bills has been a relatively routine congressional process since the early 1900s. In fact, it has been elevated more than 100 times since the 60s. A small group of fanatically-right House freshman and Tea Party members are refusing to vote in favor of raising the ceiling until their desired changes to the US Constitution are made. Yes, they want the laws that have governed our country for over 200 years changed or they will send the United States of America into economic chaos. 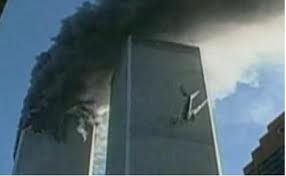 These Representatives appear to be using a strategy similar to the warfare tactics used by al-Qaeda when they brought down the World Trade Center. Al-Qaeda destroyed property and killed many people but their goal was to cause financial harm.

The United States is a free-market country and harming it by not allowing payment of obligations, ruining its credit rating and financially crippling its citizens is an act of war. If these House members have discussed, planned or intend to cause economic chaos, as stated by Speaker Boehner, they have commited an act of treason.

As citizens of this still Great Country, we should demand a congressional investigation into the possible treasonous activities of John Boehner and his caucus.

We must not let a small group of fanatics dictate how we are governed.