They Never Teach This In School

Surprisingly (or not), the most discussed point from my April 1st post was number 8:

Personal finance will be taught in high school, including budgeting, the dangers of credit card abuse, and long-term saving benefits.

It seems so obvious, so relevant, and not a moment too soon to give such advice to those cell phone-toting, credit card-wielding high school kids. So many people seem to only begin to learn the mechanics of personal finance when they have already dug a hole for themselves.

Last year I met a young man who had an MBA and was working in the financial world. He was in his late twenties, maybe early thirties, and seemed to fit the exact opposite of someone who works in the capitalist world. So I asked him why he did what he does. His answer was stunning.

He told me that he had a tough childhood, which he blames totally on money. His middle class parents led middle class lives and deluded themselves that they were living the American Dream. 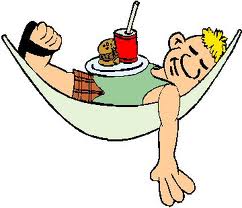 Then it all fell apart – bad investments, lost jobs and such like, nothing that couldn’t happen to any one of us. The two parents blamed each other and took it out on the children.

This young man left home at eighteen and vowed that he would become financially independent at the age of forty. He may or may not retire, but it will be his choice. He thinks he will find a profession that he enjoys and transition into that. I asked him what and he smiled, telling me that he doesn’t allow himself to think about it as it might derail his plan.

Wow! He’s focused. I went online to see if I could find any books about how to retire at forty (or even in your forties). The only books I found are from the 1970’s.

So why don’t they teach finances in school? My 2nd Grader is learning mathematics using money so why not continue from there?

It just seems so obvious that they should be taught this. I can’t help wondering if there isn’t a giant conspiracy out there. We are going to look at this in the next few blog posts. But if you have any ideas, please drop me a line

4 thoughts on “They Never Teach This In School”